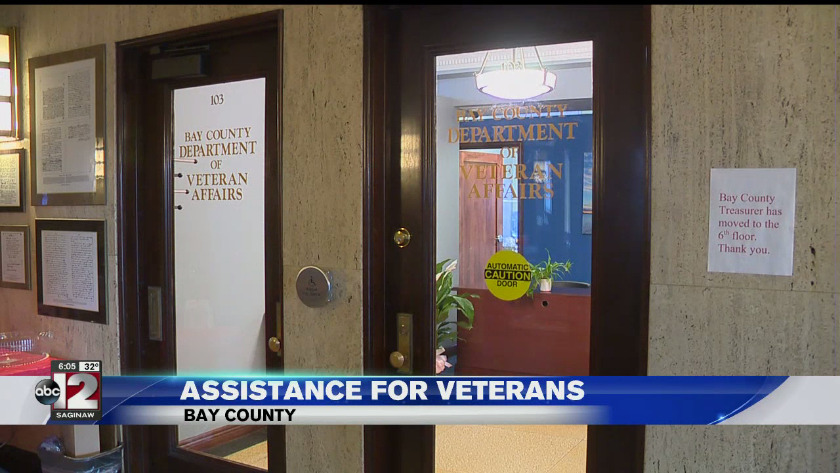 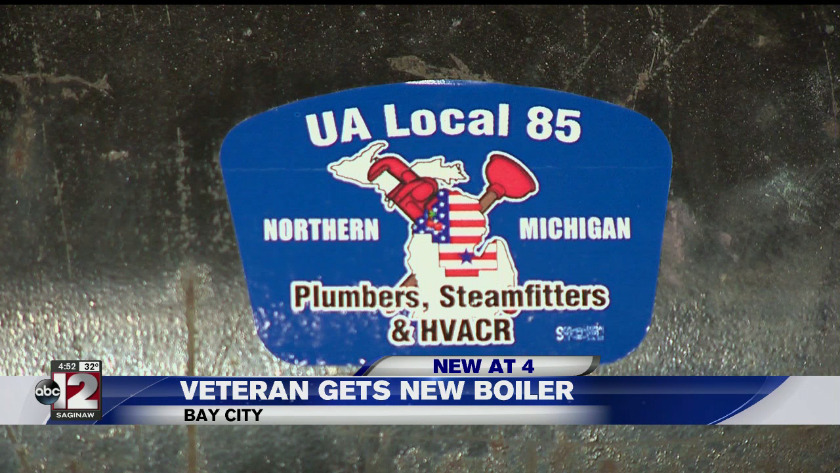 "Here I am today, I have heat," said Les Weiss, who served in the Army for seven years. "It's like a miracle come true."

A series of tragedies made it impossible for Weiss to replace the steam boiler that heats his home.

Weiss said he tried to get a loan but he couldn't.

Instead for five years he used electric heaters, a fireplace, and even a kerosene heater to try and stay warm.

"Long johns and a coat all the time," Weiss added about the clothes he wore all day and all night.

Weiss raised seven kids in the home with his wife who has since passed away. Leaving the home wasn't an option, so he made due with what he had.

"This house is so cold you come in the house in the morning there'd be icicles coming down off the faucet," Weiss said.

He turned to the Bay County Department of Veteran Affairs after realizing he'd had too much. Weiss had been without heat for five years.

"He just walked in my office one day and said, 'I need help'," explained Kristal Latimer, a relief coordinator with the Soldiers and Sailors Relief Fund. She works in the Bay County Department of Veteran Affairs office in the Bay County Building. "His hands were black with frostbite, cold. He had one room, he was spending $700 a month on electric for electric heaters.

Latimer was able to secure some money to help Weiss from the Soldiers and Sailors Relief Fund, but with the help of the local National Guard office, also connected with the United Association Local 85 Plumbers, Steamfitters, and HVACR Service Techs.

UA Local 85 and Smillie Plumbing and Heating in Freeland took care of the rest.

"As soon as we heard it we're like, 'well, we can't let him live another winter like that'," explained Jamie Badour, business representative with UA Local 85.

"We had to take it out piece by piece, we're probably talking three, four thousand pounds," explained John Smillie.

The new steam boiler, with parts and labor, would have cost Weiss about $19,000. But he didn't pay a penny.

The new one fire up for the first time Thursday night.

Weiss will never forget the relief he felt. "The coat went first then the heavy flannel shirt, I was in my t-shirt in the winter. That's never happened."

And when it was time to go to bed it got even better. "I had the warmest, sweetest sleep I've had in forever," Weiss explained.

The union members who made that sound sleep possible wouldn't have it any other way.

"We live and work in the communities, and I mean anything we can do especially veterans that helped us so much, and let us live the way we do," Badour said.

Weiss is just one of the hundreds of veterans who qualify for assistance through the Bay County Department of Veteran Affairs.

Last year Latimer reports they were able to help well over 500 service members.

Of the nearly $57,000 in assistance last year, most of it went to utilities for veterans. But the list of needs is much more in depth.

"Appliances, food, gas, we've done some education grants," Latimer said. "So they come in, they fill out an application, we make sure they meet the criteria of the need, and we go on from that."

Weiss is extremely grateful for the help, but said asking for assistance was one of the toughest things he's had to do.

"Well I hate begging for anything, I'm a hard working dude and I've been that way all my life. It was painful," Weiss said. "But I tell you what I'm so happy I did that."

The assistance shared in this story is only available for Bay County veterans.

However, many utility companies offer some type of assistance for those who are struggling.

Consumers Energy shared people in need of help can call 211 to be connected to local resources, or check out the website for other programs. Click on the 'Related Link' with this story to be connected.

See what Michiganders can and can't do without the 'Stay Home, Stay Safe' order
Related Links
Comments are posted from viewers like you and do not always reflect the views of this station. powered by Disqus