Workers, businesses getting back to normal after strike 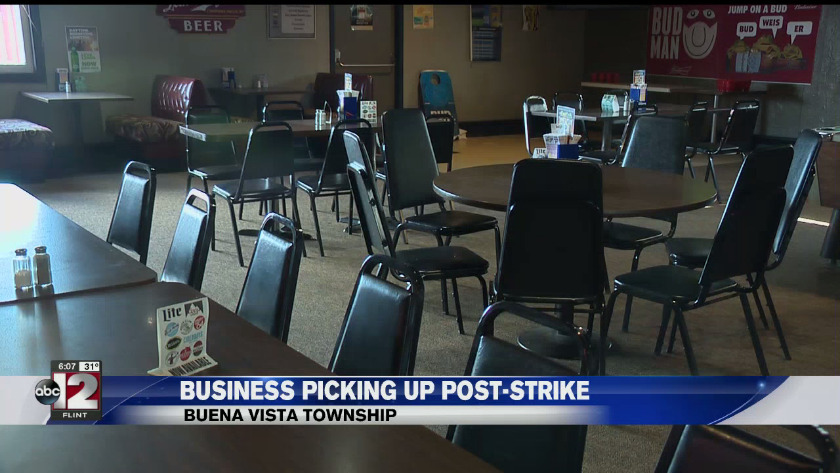 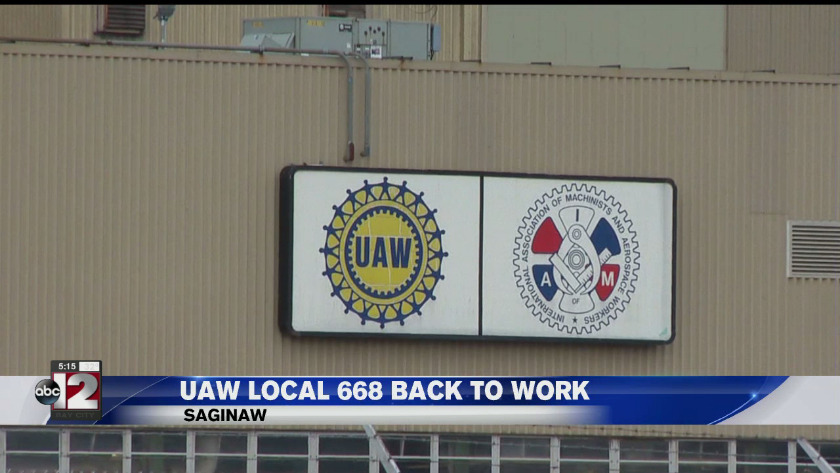 SAGINAW COUNTY (WJRT) - (11/07/19) - Union members are settling back into work and are ready to move on from the 40 day strike with General Motors.

They returned to work Monday, Oct. 28.

"So we weren't sure what to expect, but coming back in it was open arms and actually they had supervision at each gate greeting us as we came in," Mann said.

GM confirms SMCO and Bay City Powertrain are back to full operations.

"Productions back up to where it needs to be at. Schedules are rising, which is a good thing because that means overtimes rising," Mann said. "That's money in our pocket in the holidays."

Mann said getting back to a normal schedule, with regular pay on the way, is great for workers and their families.

During the strike Mann spent a lot of additional hours on the picket line. His wife is happy he's back to work. "To finally have me tied down to a schedule, that's normal to us at least, she was over the moon about that," he said.

Short-term the union members he represents are back to work. Long-term they hope for more of the same.

"We understand that while we didn't get everything we wanted, but a majority of us believe that we have a contract we can build on in the future," Mann said.

Mann also shared his appreciation for all the community members, organizations and businesses that helped them during the strike.

As we've reported, the United Way of Saginaw County teamed up with the Food Bank of Eastern Michigan to provide five truckloads of food for impacted workers. Wanigas Credit Union also supported the effort.

Those workers were from GM and Nexteer in Buena Vista Township. The Nexteer workers were laid-off shortly after the GM strike began.

In addition, a truck with personal care items was made possible with the help of Local UFCW 951 members, who work at Kroger and Meijer stores.

The United Way also helped guide impacted workers to the right resources through 211.

Many others donated as well.

Businesses also felt the impact of the strike and are starting to rebound.

"We all had to weather the storm. And we're all happy they came to terms and that people are back to work and we all need to make a living. And so as long as they're working, we're working," said Randy Hill, owner of Union Station Sports Bar in Buena Vista Township.

Hill is starting to see some familiar faces at lunch. "It's starting to pick up a little bit," Hill said. "But we're not getting the second shift and that was a very important part of our business."

Hill said roughly 35 percent of his business comes from union workers, as he is just down the road from Nexteer.

As a result he had to cut back on hours too.

"We're only three blocks down the road. So we definitely felt an impact as far as people going out and having something to eat and having a few drinks or something after work," Hill said.

The strike ended Oct. 25. Hill recognizes the paychecks will follow and his business should return to normal after families get caught up.

"In the next month or so they should be back to normal which we'll all be blessed by that," Hill said.