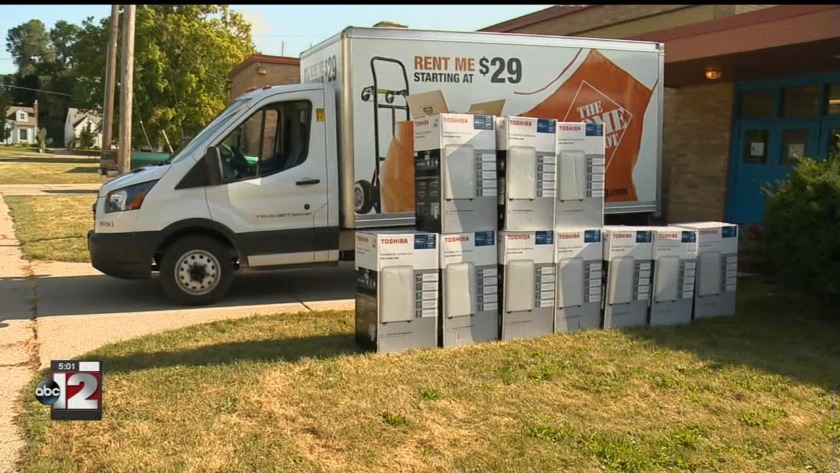 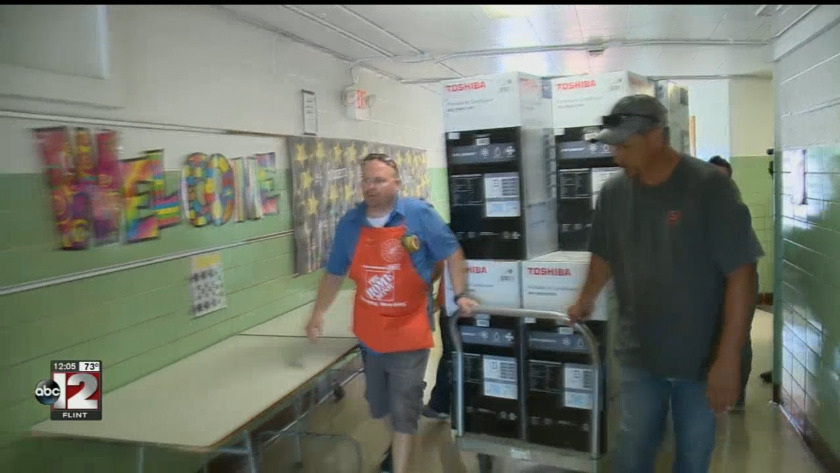 FLINT (WJRT) (8/16/2019) - Students at Pierce Elementary School in Flint are in for a cool surprise thanks to the donation of 14 air conditioning units.

Earlier this week, a teacher complained about high temperatures that reached 97 degrees in her classroom. Her friend, who teaches in another district, started a fundraising drive for an air conditioner.

Donations from the public in just three days totaled $1,000. An anonymous donor reached out to Home Depot, which offered a discount and free delivery of 14 new air conditioning units.

"Originally, I was just wanting to get one unit for my friend and it blew up into this major thing, which is pretty exciting," said Jason Eaton, who organized the fundraiser. "And it just shows the resolve and the commitment of this community to the kids of Flint."

Flint Community Schools switched to a new balanced calendar for this school year, meaning students started classes in the heat of summer on Aug. 7. The district previously started school after Labor Day.

Only one school in the district currently has building-wide air conditioning.

Some rooms in Pierce Elementary School were noticeably hot with little air flow on Friday, when the air conditioners were delivered. The principal said small air conditioning units are a great solution to the problem.

The 14 units will be installed over the weekend and will be ready for the students' third week of school on Monday.

The fundraising page remains active for anyone who wants to donate. The new goal is to raise enough money to put air conditioning units in all Flint classrooms that need them.