15-year-old lucky to be alive after Carman-Ainsworth shooting 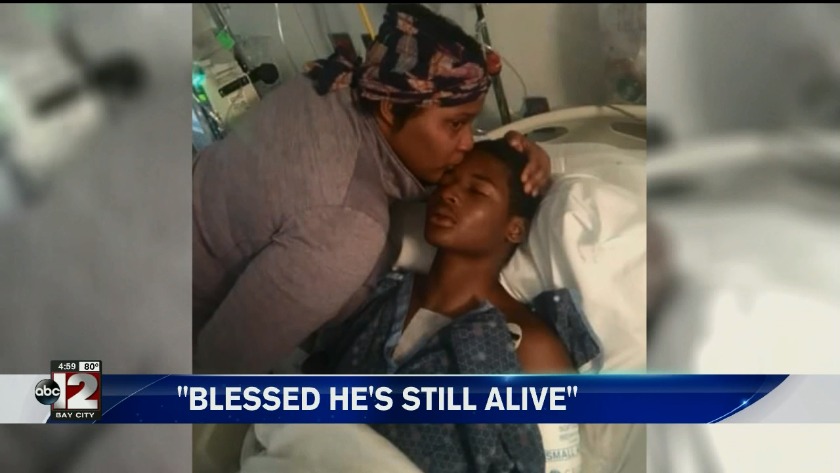 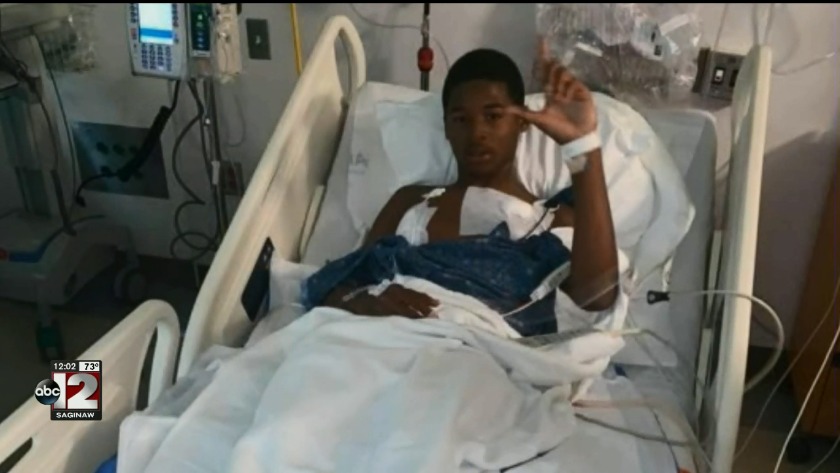 FLINT TOWNSHIP (WJRT) (6/24/2019) - The 15-year-old shot outside Carman-Ainsworth High School on Friday evening is lucky to be alive, according to his doctors.

Eithan Williams, 15, is recovering from a gunshot wound to the chest suffered at Carman-Ainsworth High School during a brawl that broke out Friday evening.

Eithan Williams has pain from breathing due to a bullet that passed through his right lung and remains lodged in his left lung. Doctors say it narrowly missed his heart, which could have killed him.

Williams was shot once during an altercation that broke out during a basketball skills competition in the Carman-Ainsworth gym around 7:30 p.m. Police say about 70 people started fighting indoors and spilled out into the parking lot.

At least one gunshot was fired, striking Williams in the chest. He was at the school watching friends take part in the basketball contest and his sister, Seleena, said he was standing near the fight talking to some girls when he got caught in the crossfire.

Williams is expected to remain hospitalized for at least another week.

At last check, 10 people were in custody and police say several weapons were picked up on scene. Investigators are reviewing video surveillance footage of everything that happened.