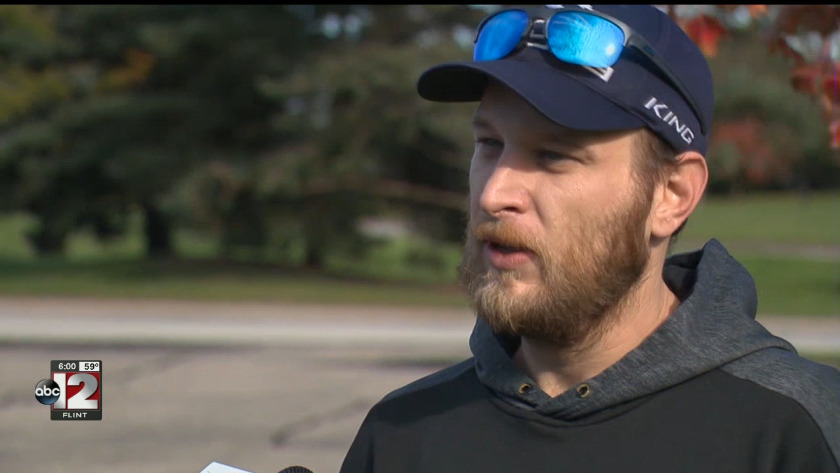 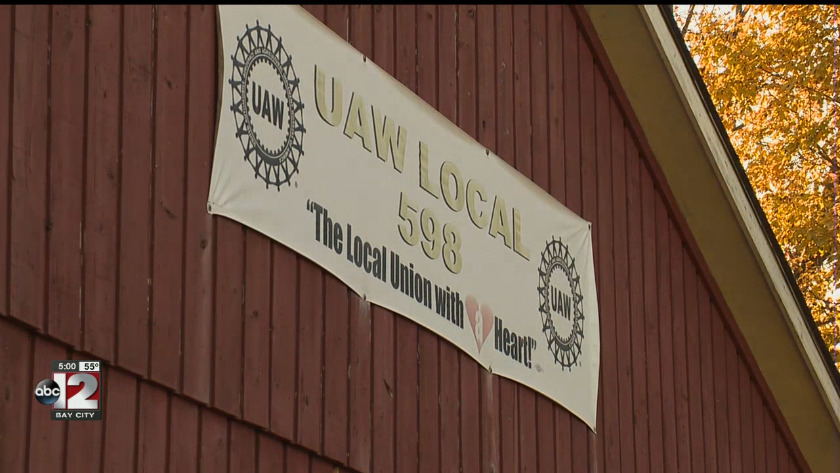 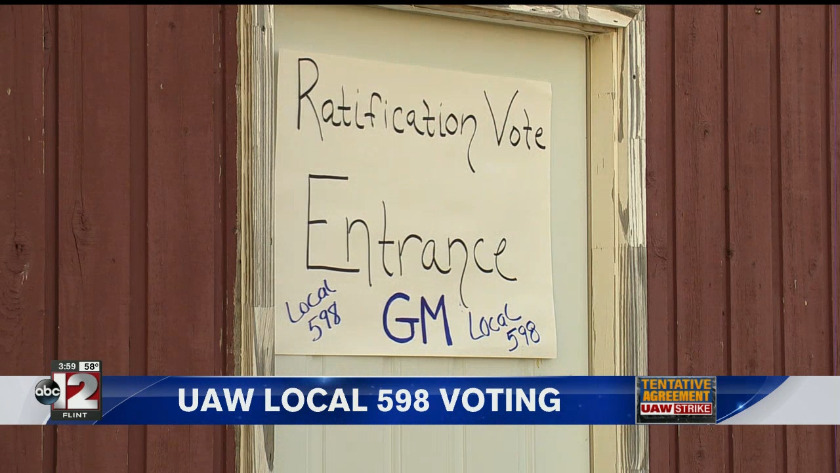 More than 5,000 members of UAW Local 598 voted on the proposed GM contract on Union City Fields in Flint.

The more than 5,000 members of UAW Local 598 in Flint, which is the largest local, gave a yes or no vote to the tentative agreement at Union City Fields. Voting was completed at 6 p.m.

The UAW requires a simple majority vote to approve the contract. Each local hosts a vote and forwards the results to the UAW International office, which combines all the totals.

The votes of Local 598 members could have a significant effect on the national totals for all UAW members at GM facilities. Financial Secretary Chad Fabbro said Local 598's membership is the size of three or four other GM facilities combined.

"The corporation, everyone's watching us today and what we're doing and how it's going to impact tomorrow and the outcome on Friday," he said. "I'm pretty confident right now with the way we've rolled this out and the feedback that we've gotten."

Members didn't show much emotion as they came and went from the polls.

Some workers said they were undecided, some said they are for it and some are against it. Some union members believed the agreement is good for temporary workers while others disagreed.

For RJ Hamilton, he said the vote was a no-brainer. He voted "yes," because to him there's a lot of give and not necessarily a lot of take on GM's part -- and as the saying goes, money talks.

"That's exactly what they knew most people would say yes to is a lot of money, especially after being off work for a month," Hamilton said. "They did a great job of getting an idea for the temps and how long they're going to be a temp and to actual employment status with General Motors."

"If we have a $32 billion year, we get a check for $32,000. I don't see that happening anytime soon, but it is possible," Hamilton said. "And for the next four years, if it does happen we will reap the benefits."

He also liked the lack of changes to health insurance benefits for workers even as costs continuing increasing nationally.

"It's always going to become more expensive for us and the fact that we were able to keep it the same and keep the same coverage actually added a few more things to it, it's a small win in and of itself," Hamilton said.

If the proposed contract passes, he's also looking forward to that $11,000 ratification bonus to help replace income lost over the 38 days on strike.

"It's very high because we've been off work for so long, so they were trying to negate all the money we lost with that," Hamilton said.

Having been a part of negotiations for the last 12 years, Fabbro knows the tentative agreement isn't going to please everybody. He said the negotiation process is a lot of give and take, but he wants his members to be as informed as possible.

Local 598 learned about details of the proposed contract during three informational sessions at The Whiting on Tuesday.

"We've spent a lot of time dissecting the negotiations and explaining things the best we can, because these people have to live with the contract the next four years, so it affects a lot of people's lives -- not only the lives here, but the lives in our community too as well," Fabbro said.

The UAW has set a deadline of 4 p.m. Friday to complete all voting. So far, the proposed contract has received mixed results around the country.

Local 160, which represents workers at the Warren Technical Center in Macomb County, overwhelmingly supported the deal with 84% of members voting "yes."

However, Local 1097 in Rochester, N.Y., overwhelmingly rejected the agreement with 83% of members voting "no."