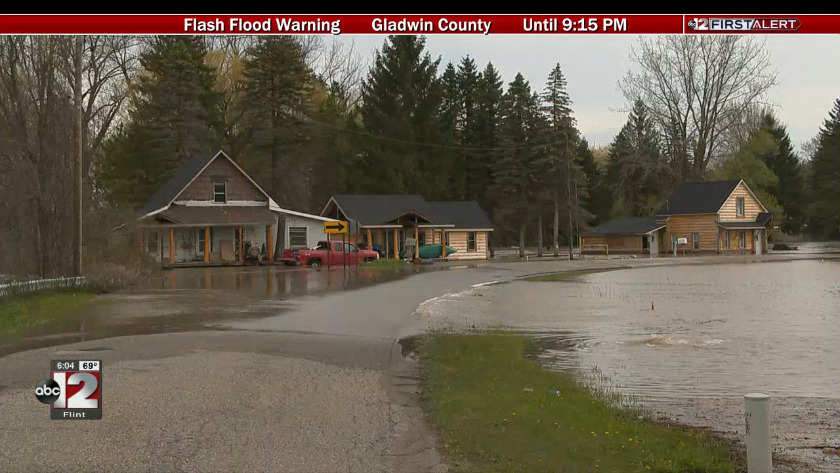 In Arenac County, floodwaters were beginning to recede on Tuesday after several inches of rain fell over a few days. Residents saw the true scale of the destruction as the water began to dry up.

"The first two, the water made it up to the floorboards, didn't make it inside," said Tom Porter looking over this three cabins on Pine River Road. "The other one's flooded right out."

His cabins are a usual weekend escape for him and his 12 grandkids. But that's going to be on hold for a while. Torrential rains turned Porter's property into anything but an oasis.

He was in the process of remodeling one of the cabins with brand new drywall, cabinets and flooring. He was supposed to put insurance on the home in the next month or two.

Of course, he's a little upset about that, but knows it could always be worse.

"My neighbors down there, that's their homes and they have water flowing through them," Porter said.

He has owned his camp for a number of years and has seen what devastation mother nature can bring -- but not like what just happened.

"I guess they raise houses. We're going to see if we can raise them up," Porter said. "I know it can be done. I mean what do you do? What do you do?"