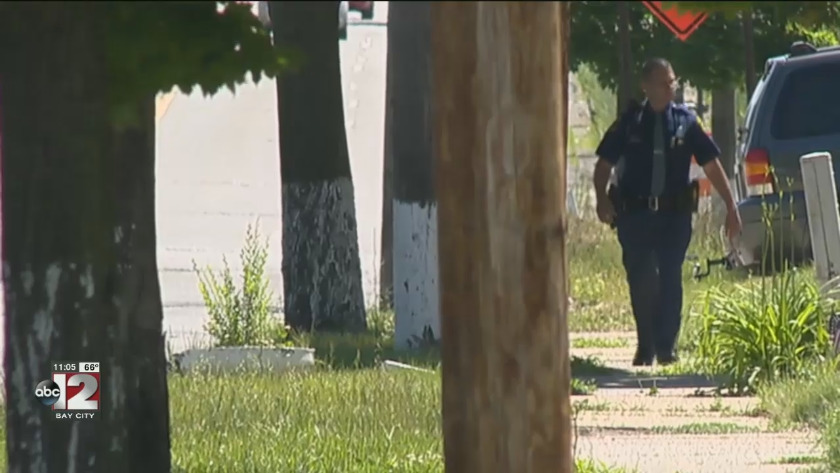 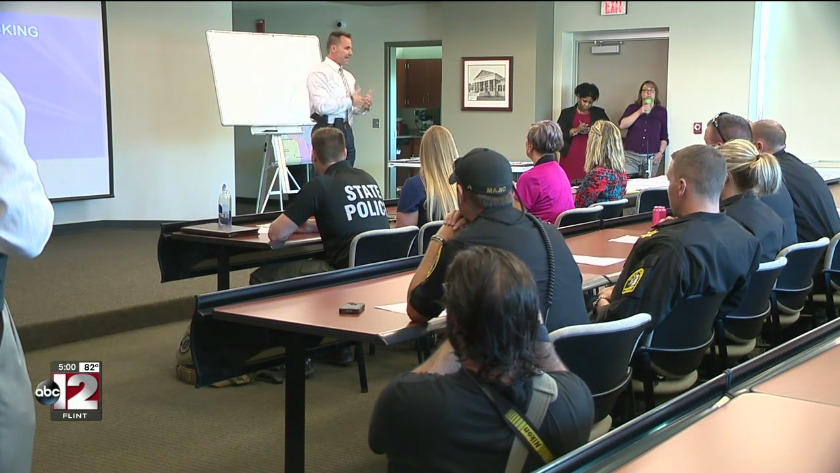 About 70 police officers from most agencies in the county targeted specific homes, rescuing children from human trafficking.

The kids, all under the age of 17, were reported missing after failing to show up for court hearings, missing school or were foster children the Michigan Department of Health and Human Services hadn't heard from for a while.

Police say four to six of the children were being trafficked. One of them was taking part in a forensic interviewer Thursday afternoon, talking about alleged sex crimes in which they were the victim.

All of the remaining children subjected to sex trafficking will receive forensic interviews in the near future.

Authorities placed 15 children in juvenile custody -- 12 of them in Genesee County facilities and three others in facilities outside the county.

"We're gonna protect these kids and we're gonna find them, locate them and get them some help," said Genesee County Sheriff Robert Pickell.

Another 25 children located Thursday appeared to be runaways and doing well on their own, according to police. Ten children had been returned to their families by Thursday evening.

Months of preparation went into creating the list of 76 missing kids and planning Thursday's countywide sweep to find them. Twenty-seven kids on the list were last seen in Flint.

"The youth is our future and that's why such an effort is being put out to go out there and put them back into safety," said Flint Police Chief Timothy Johnson. "Whether they believe they're in harm's way or not, it's our job to go out there and get them home safe."

Officers split into over a dozen teams to locate the kids, arriving without sirens to search each home. Investigators worked to determine whether the children were working for a pimp or being exploited in any way.

Once secure, authorities worked to get each of the children placed with an agency capable of helping them.

"Many of them have mental health problems, they have physical problems," said Michigan State Police Lt. Todd Mapes. "They may need placement, so that's what's key here is working together with the social partners to get them the help they need."

Agencies chipped in to help meet basic needs of food, shelter and clothing throughout the day as children were rescued. Nyse Holloman, executive director of the Weiss Child Advocacy Center, said they will continue helping the children long-term with things like counseling.

Weiss saw more than 600 children come through the doors last year who had been victims of sexual abuse, child pornography or human trafficking.

Holloman was thrilled with the results of Thursday's effort to rescue children who couldn't get out of their situation alone.

She warned parents that many children who fall prey to human trafficking and sexual crimes start with popular social media platforms like Snapchat and Instagram.

"The kids typically have multiple social media accounts, so finding just one doesn't mean that you found -- like, you know your kid has an Instagram. You really need to investigate and see if they have more than one and Snapchat," Holloman said. "You've gotta learn how to use these new social media apps."

Police say large-scale sweeps like Thursday's effort will become more commonplace as the number of human trafficking victims continues to grow and law enforcement learns more about the issue.

"We take it seriously and we think something needs to get done," Mapes said.

Authorities were continuing the search for the remaining 25 children who were not located on Friday.