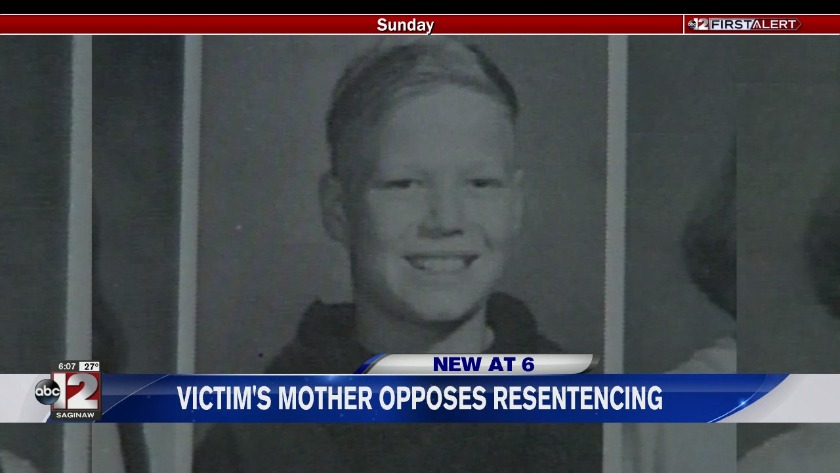 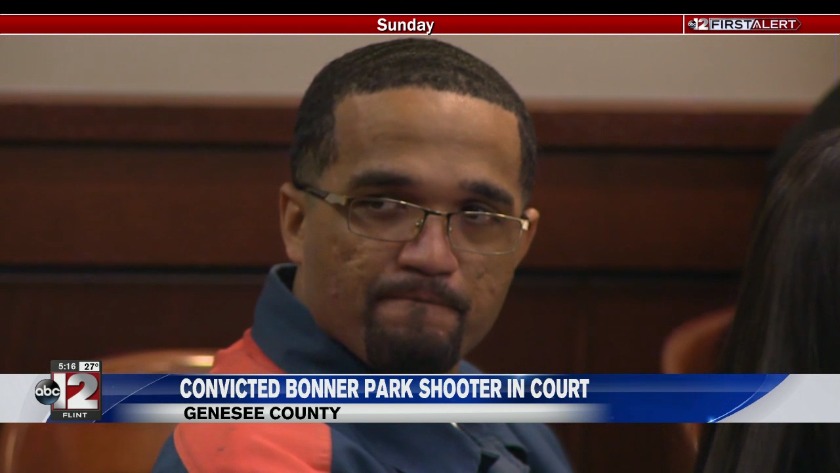 FLINT (WJRT) (1/16/2020) - More than two decades since her son, Michael Carter, was murdered in the Bonner Park shooting on Flint's north side, Joan Boyce-Lineback was back in court.

She again faced Tyrone Reyes, the man who was convicted of killing Carter, more than 20 years after he was convicted and sentenced in 1998 to life in prison with no chance of parole.

Reyes was convicted of first-degree murder, but because he was 16 at the time, a U.S. Supreme Court ruling demands Reyes be re-sentenced.

Boyce-Lineback made the trip from her new home out of state because she said Carter couldn't be there to fight for himself.

"It just doesn't make any sense to me. Why would he be allowed this opportunity?" she said of Thursday's proceedings.

Carter was 14 when Reyes shot and killed him, sexually assaulted a female friend, shot her and shot a third friend.

"He was smart, he had the charisma, he was funny, he was quick, he could do, you know, the rap thing and the Yo Mama jokes and he could talk to anybody from little kids to the elderly," Boyce-Lineback said.

Carter and his two friends, Nicole and Dustin, hopped on a freight train in Oakland County back in June 1997 and landed in Flint's Bonner Park. That's where police and prosecutors said the six beat, robbed, sexually assaulted the young girl and then shot the three teens.

Reyes was convicted of pulling the trigger each time.

"He coldheartedly, without effect, without provocation shot three people in the head with no affect and just walked away," Boyce-Lineback said.

She found out the day before Thanksgiving that Reyes was working to be re-sentenced. Her niece shared an ABC12 story about the case with her.

"We thought all this was buried, long buried," Boyce-Lineback said. "And so, yeah, it digs up all the uglies and to see him. I'm glad he's healthy and all, but he's a killer."

"If you want to use your energy on something, talk to God, 'cause that's your salvation -- not getting out," Boyce-Lineback said. "Help the guys that might get out, you know, help them understand that that's not how to be you know with people."

She still keeps in touch with Dustin and Nicole, who she plans to update when the case is complete.

The question the court worked to answer Thursday -- should Reyes be re-sentenced? His defense attorney brought in a forensic psychologist to help make that determination.

Dr. Carol Holden testified Reyes should be re-sentenced based off her research -- looking at records from the last 22 years Tyrone Reyes has been in prison, interviewing him and reviewing transcripts from his trial in 1998.

While Dr. Holden shared he's become a good worker, does well in school and could be rehabilitated, the Genesee County Prosecutor's Office can't look past Reyes' misconduct behind bars. The prosecution brought up that Reyes has been in trouble about 80 times — 10 of those were serious matters, including assaulting staff and getting in fights with other prisoners.

He was also part of a gang inside prison until 2006.

And, the prosecution said, his most recent review in 2014 stated he remains a risk to society.

"Based upon the nature of the killing, I feel that this individual should remain in prison for life without the possibility of parole," David Leyton said.

He explained he's thinking of all three victims and their families.

"Because you can't bring the victim back and certainly the perpetrator of the crime is still alive albeit in an incarcerated situation," Leyton said.

Suspect convicted after GHOST sting sentenced to 3 years in prison

Suspect convicted after GHOST sting sentenced to 3 years in prison