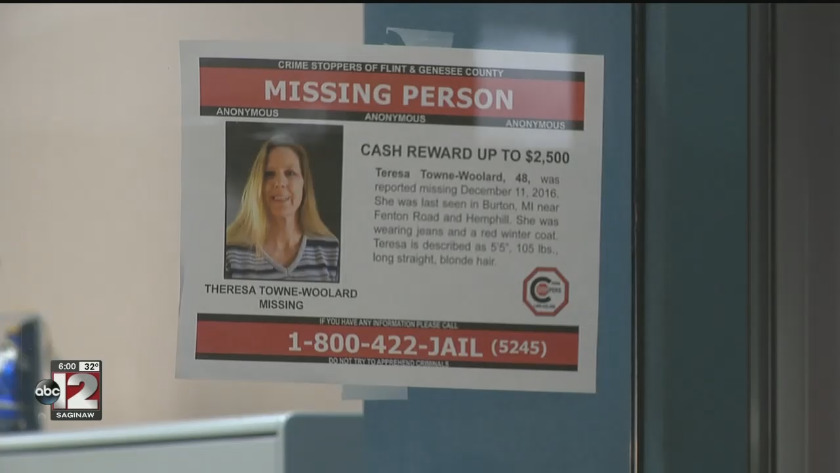 Family of Teresa Woolard holding out hope of finding her 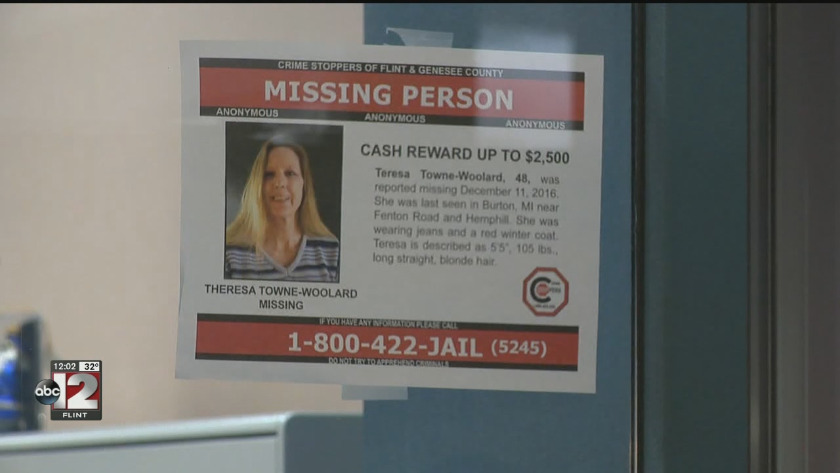 BURTON (WJRT) (12/11/2018) - Exactly two years since she disappeared, the Burton Police Department is pleading for the community's help to locate Teresa Woolard.

"That morning I called her and she didn't answer. I knew something was up," said her daughter, Miranda Woolard.

"She always made sure that we were able to be kids," Miranda said. "That was her motto to us, was be a kid. Us adults are dealing with adult problems."

She can't help but think there's a connection between when she and her sister legally became adults and when her mom, Teresa, vanished.

"We were 16 and 17 at the time, so I feel as though we were no longer kids and it was her time," Miranda said.

Det. Don Schreiber of the Burton Police Department. said Woolard was last seen leaving her home at Kings Lane Apartments with an unknown person, heading toward Fenton and Hemphill roads.

He said initially there wasn't much to go on because Woolard lived a private life, but he's not giving up on the investigation. Several more tips have come in over the past two years and he immediately investigates them.

"I pray she's still alive," Schreiber said. "As every day goes by, it just seems to get more and more bleak. But I'm just, I'm trying to bring some closure to the family one way or the other."

The lead detective on the case recently was able to get information from her cell phone that provides a few more clues, but no definitive idea of where Woolard is.

"I can also tell you that the last known contact with Teresa was in Genesee Township, north of ... Kearsley High School, somewhere around Carpenter and Coldwater roads," Schreiber said.

He said investigators don't actually have Woolard's phone, but it pinged in downtown Frankenmuth within six days of her disappearance. Over the following two months, the phone pinged both in downtown Lapeer and downtown Davison.

He's hopeful whoever had the phone will come forward and speak with him before he has to track them down.

"That's something I've been working on for the last few months," Schreiber said. "I'm sure this person knows who they are and I hope that they contact me before I find them."

Anyone with information about where Woolard may be is urged to call the Burton Police Department or CrimeStoppers. Callers can remain anonymous.

The family is hopeful someone will give them answers before Christmas. Teresa's older sister said she'll match the current $2,500 reward from Crime Stoppers if they get answers in the next two weeks, for a total reward of $5,000.

"How do you know something and not say it forever?" Miranda said. "Somebody's gotta say something at some point I'm sure."