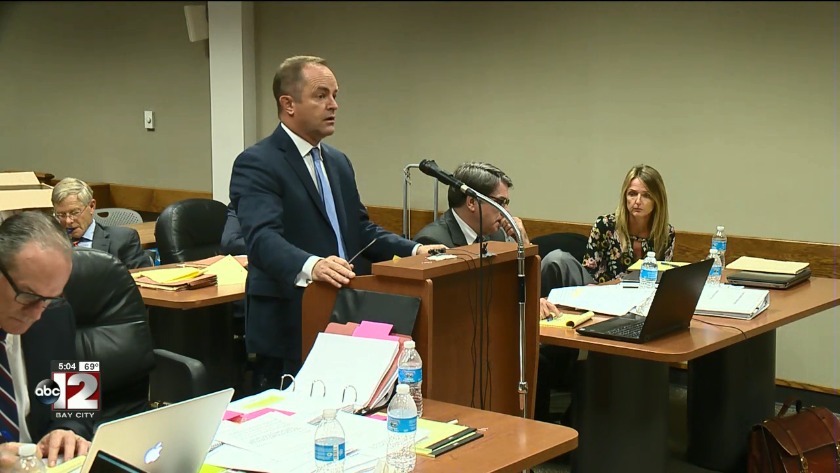 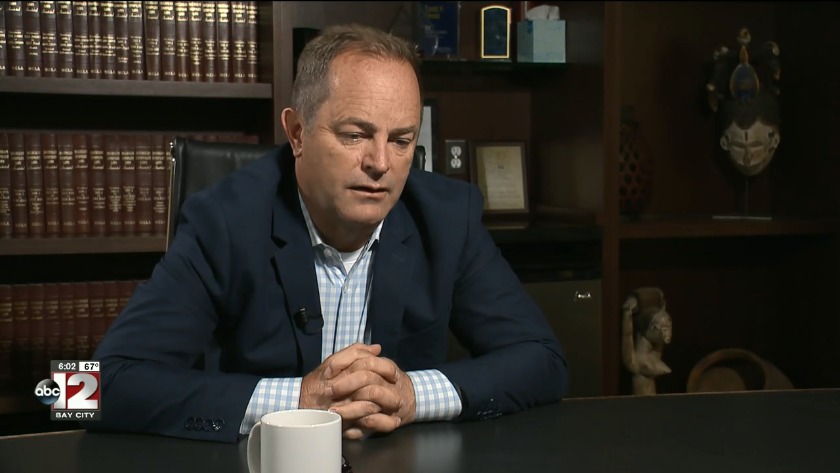 ROYAL OAK (WJRT) (6/14/2019) Todd Flood offered his resignation when the new Attorney General took office; but he said, they asked him to stay and he was more than willing to help.

"Do I regret it? No. No. Did I want it to end this way for me? No. It's sad for me right? Because I fell in love with the people of Flint," Flood said.

He devoted his time, money and talent to getting them justice for three years, working to find who was criminally responsible for causing them the pain of the water crisis. Flood even moved to Flint.

"Just to meet the people, walk the streets, go up and down MLK Boulevard to, you know, go into the sections of town where people were hurt most, oftentimes. That was important to me," he explained.

But three years after he announced the first of more than 50 criminal charges against 15 defendants, Flood was let go from the Flint Water Investigative Team.

"To not be part of the team is tough; but you know, I'm still a person of hope and belief," he said. "There's people on the current team that are on my team and I'm hopeful and prayerful that they keep the fight going and they finish the story, finish the journey."

Then a bombshell Thursday, the new AG's team announcing the 7 plea agreements stand, but the 8 unfinished cases would be dropped. It's possible they could be picked back up, pending new evidence and further investigation.

"At the end of the day, it's difficult for anybody to step into somebody else's investigation and pick it up," Flood explained.

But, he said, it's unfair to say his team didn't do a thorough and complete job, pointing out two key state officials were bound over to trial on involuntary manslaughter charges tied to Legionnaires' disease deaths caused by the water switch.

"Hopefully the citizens of Flint don't feel like they're a political football and know someday justice will come. And, I believe it will," he said.

Flood also spoke about the impact the three years heading the team had on his physical and emotional health.

"I am sleeping better," he said. "But, when you're running that hard for that long of a period of time, you know, it's difficult."

In the process of working to slow down, Flood mentioned he suffered a heart attack earlier this year, likely stress-induced.

"This was your baby, this is everything you've put in your life for three years," he explained. "I've lost and sacrificed a lot, my personal self, my family, you know relationships, because of this."

But, he's not asking for any pity.

Reflecting back on three intense years, building criminal cases against 15 people, Flood said he's still humbled he was asked to take on the job.

"I want to write a book on life lessons learned from Flint," he said. "The citizens of Flint are resilient, they're fighters and they make stuff happen, you know, like no one's business, out of very little. They're tough."

He added, "I wish nothing more than those people to have smiles on their faces, some peace and some answers. And, to enjoy living."

Three people from Flood's team have remained on the cases, he said he'll always be available if any of the team needs his help.

Flint mayor frustrated with no legal resolution for water crisis

Case against lone Flint water defendant was dismissed as planned

Flint mayor frustrated with no legal resolution for water crisis

Case against lone Flint water defendant was dismissed as planned