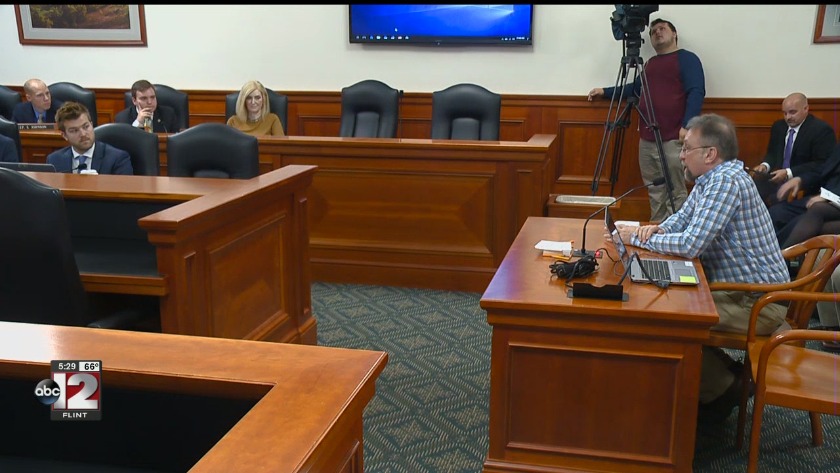 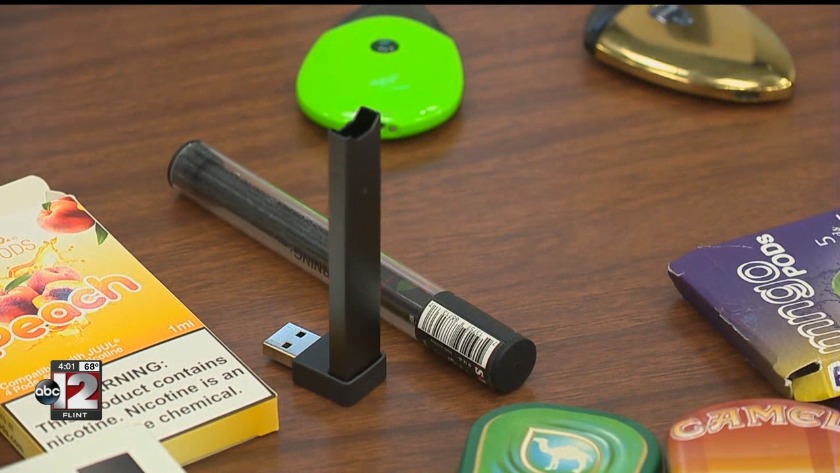 LANSING (WJRT) (9/12/2019) - "I think the best rules we can draft are those that involve public comment, involve us working together and finding the right solution," State Representative Matt Hall (R - Marshall) said.

He called the House Oversight Committee public hearing Thursday one week after the Governor declared the public health emergency.

Last Wednesday, working with the state health department, she put a ban on all online and in-store sales of flavored nicotine vaping products.

"The nicotine in e-cigarettes is harmful to young people's developing brains and we all know that nicotine has long term health consequences, including heart disease and cancer," Chief Medical Executive Dr. Joneigh Khaldun said, testifying before the lawmakers.

She said vaping among high schoolers has become an epidemic.

Right now, across the U.S. there are 450 possible hospitalizations due to cases of severe lung illnesses. Six of those are in Michigan.

"This epidemic can be attributed in large part to the appeal of flavored vaping products," Dr. Khaldun added.

But Rep. Hall asked why the emergency ban is needed, since there's already a law banning kids 18 and under from buying or using the devices.

"We believe that given the data and particularly the marketing toward youth and the fact that we still have these flavored products on the shelves, that this was necessary," she responded.

"I'm happy that you are a champion for this public emergency," Rep. Cynthia Johnson (D - Detroit) said. "And, I can't believe I'm actually saying this, I agree with the President of the United States with regard to banning these flavored vapes."

Another big discussion Thursday: If the ban sticks, will former smokers return to the old habit?

"You won't only be banning flavors, you'll be banning a life-saving industry from this state guaranteed," user, Mark Sils said.

He and several other adults in attendance at Thursday's hearing made it clear there needs to be a balance between helping former smokers and protecting kids.

"I was told by my doctor I would not be here today if it wasn't for electronic cigarettes. I smoked for 41 years and there was no hope of quitting," Sils told the lawmakers.

He ended up buying the store where he bought his first vape. The 55-year-old said the flavors turned him onto the nicotine alternative and it's the same for the more than a thousand customers he serves.

"All of my customers have three things in common - they are adults, they're desperate to quit smoking after years if not decades of failing and they all use flavors," he explained.

Slis said there's no doubt in his mind they'll all go back to smoking, if the Governor's ban stands.

"I will immediately go out of business and file for bankruptcy, no question. I've already talked to my accountant and my lawyer and they agree. It's over," Sils said.

And he added, many other small business vape shops across the state will have to do the same.