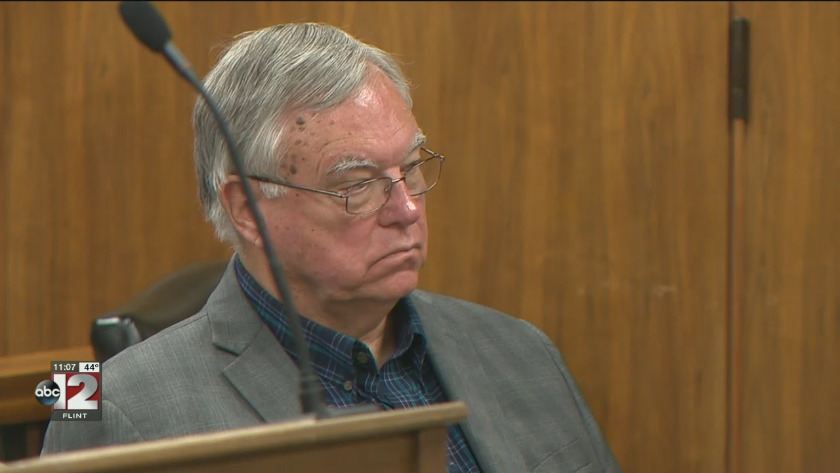 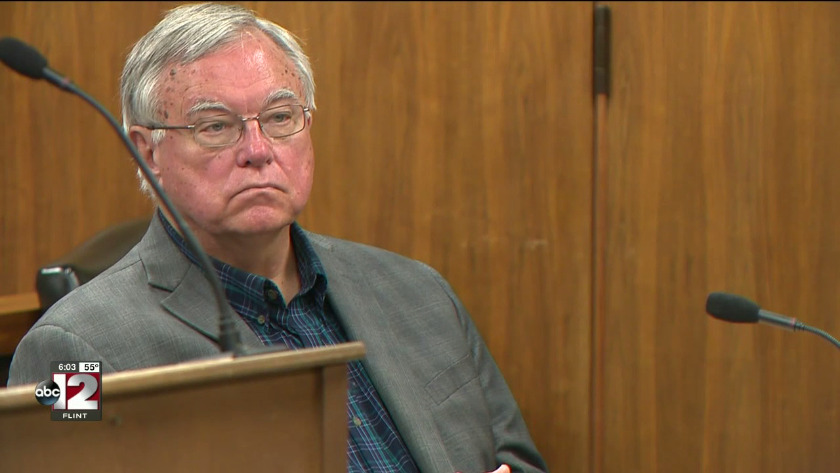 In the newest case Father Robert DeLand is accused of trying to inappropriately touch a 17-year-old at a funeral in Freeland. The teen is now 18-years-old.

That teen and his family called police after DeLand, better known as "Father Bob" in the community, was arrested on Feb. 25, 2018.

The teen said the situation unfolded in May of 2017 at St. Agnes Catholic Church where DeLand served. The 17-year-old and DeLand were there for the funeral of another teen who took his own life.

The teen described DeLand as having a very distinctive handshake, adding he had shaken DeLand's hand a number of other times at Freeland High School. DeLand served as a hallway monitor in the morning, but in court two teens testified he often stayed later than other volunteers in the same position.

The young man said when DeLand went to shake his hand at the funeral, while they were in a coatroom alone, DeLand's distinctive handshake changed. The teen said DeLand's hand moved below the belt, and he had to push his hand away, but the embrace continued. He described it as uncomfortable.

"I felt like I was in danger and as time went on, he talked to me a little bit more before we finally broke away. I felt very upset, angry. I didn't understand what was happening or why," the teen said.

He then got his dad who was attending the funeral with him, and told his father they had to leave immediately.

The young man didn't tell his father what had happened until they got to their car.

"I wanted to go and confront him," the dad said. "And take care of this situation right there and then. My son told me to calm down."

The teen's father works for the Catholic Diocese of Saginaw.

The other 17-year-old who testified in court Friday told a similar story.

He said DeLand pulled him out of gym class to talk in Nov. of 2017. He said DeLand was there hours after his volunteer job of morning hallway monitor ended.

DeLand and the teen were alone in a room. "We were walking out of the room, he put his hand on my back and slide his hand back down to my butt," the teen said.

This is the teen's second time testifying about his interaction with DeLand. He also testified Wednesday in another case. The preliminary exam on Friday was for charges added after his initial arrest in February.

Friday this 17-year-old, who agreed to help police by recording conversations with DeLand, also testified about a charge involving an illegal substance.

In court the teen and Tittabawassee Township Detective Brian Berg testified DeLand asked the young man to buy Ecstasy. The teen said DeLand gave him $100 to buy the drug.

Berg said he witnessed DeLand drive the teen to an ATM to get the cash.

But instead of giving DeLand the real drug, police gave him an imitation drug which was really melatonin.

In court Berg said DeLand bought the drug in hopes of the teen taking it while they were together.

The 17-year-old never took the fake pill, but did pretend, at the direction of police, to be under the influence.

This unfolded at DeLand's Saginaw Township condo as police listened to a live feed of the situation.

Berg told the court what DeLand was heard saying in the live feed, which was also recorded. "What he was seeing, what he was doing, what colors he was seeing. Kept making comments how high he was, how much he loved him," Berg said.

DeLand now faces five felony charges and one misdemeanor connected to three young men. Most of the charges are for some type of Criminal Second Conduct.

All of the cases have been sent to Circuit Court for possible trial.

"We had courageous victims that came into court, you could see their discomfort for, for having to testify to embarrassing details about what happened to them, but they were strong," Gaertner said.

No trial dates have been set.

Gaertner said "dozens" of other people have contacted the task force set up to investigate allegations against DeLand, but it hasn't been decided if charges will be filed in any other possible cases.

Prosecutor: No charges in case of man found frozen to death in home

'Don't be naive': Fake check scams on the rise in Genesee County

Prosecutor: No charges in case of man found frozen to death in home

'Don't be naive': Fake check scams on the rise in Genesee County