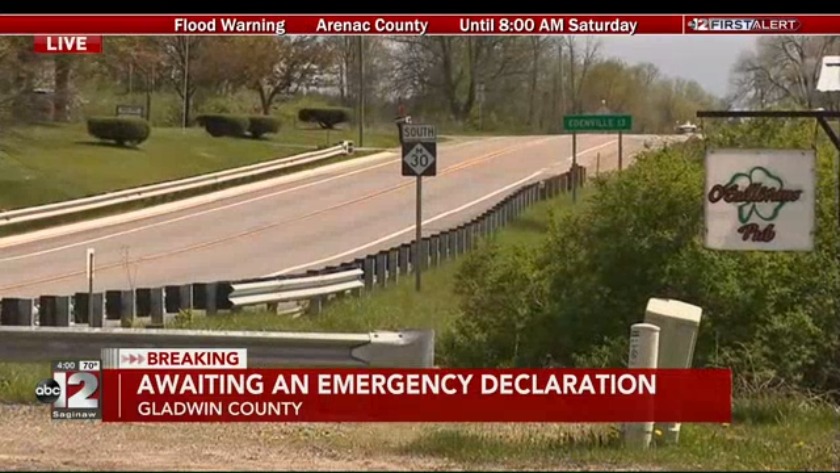 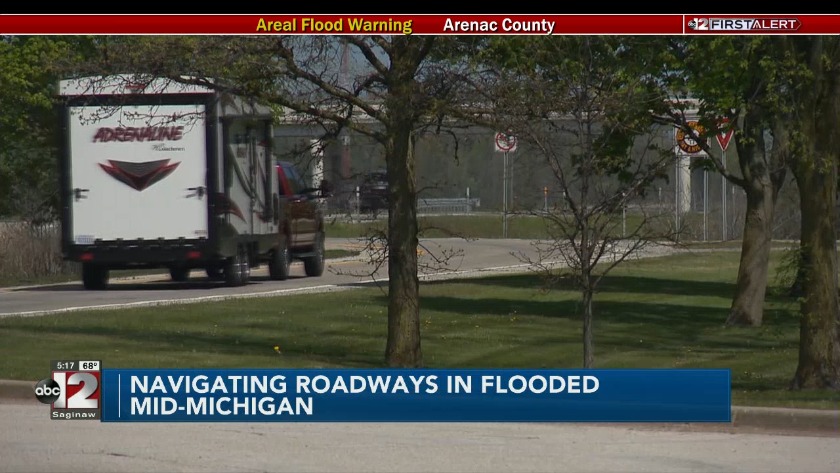 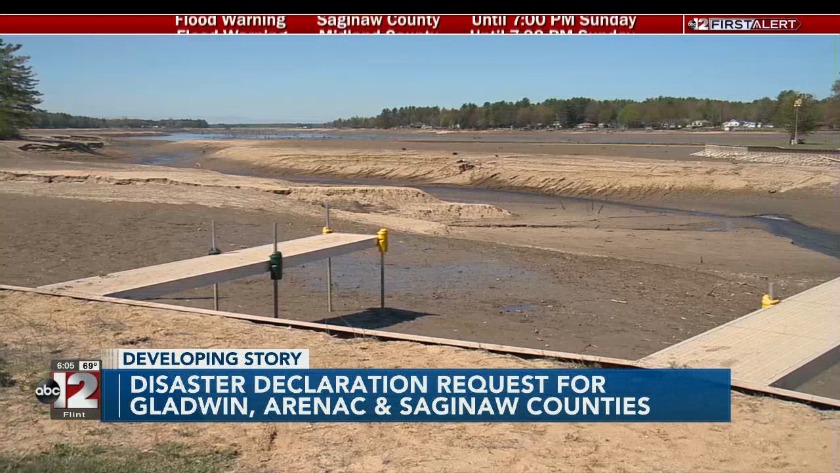 The Governor's Office announced late Friday, she has included Gladwin County in the disaster declaration. Her request is on the way to the President.

This comes as the County moves into the recovery stage.

Since Monday, county officials have been in ‘response mode.’ Five days of working to find out the scope of this disaster.

He had trouble putting what he saw into words.

“To fly over it and see how much, is just something you see in movies or you see from a hurricane, not, not your own community,” he explained.

State Senator Stamas spoke to the surreal scene of dried up Wixom Lake, homes that have been uplifted and moved down river and piles of debris. The destruction stretches from Midland through Arenac Counties.

He explained with the state's disaster declaration in the works, the job now is to determine how much it's going to cost to repair each County.

In Gladwin County alone, the Emergency Manager, Bob Nolan, said four bridges were originally destroyed. Two are back intact, but that leaves two more still out of commission.

Plus, he said, there are more than 30 roads washed out. That’s caused a group of at least 20 people in Billings Township to be stranded in their once flooded, now destroyed homes.

The County is working overtime to get them help.

Nolan said the County Road Commission and MDOT have already been on the ground, efforting repairs.

But, Nolan said, parts of Highwood Road and Estey Road will be closed indefinitely.

On a wider scale, the hit to the economy is expected to last for years to come.

The County's Board of Commissioners Chairperson, Sharron Smith, said the tourism draw of their lakes doubles their population during the summer.

It's certainly going to be a difficult holiday weekend for them this year.

Visibly shaken, Smith explained, “Our restaurants are closed, our businesses are closed, this stuff has to get open because Gladwin County is a resilient county. We will survive, but we need the help.”

If you are in need of any kind of help right now in Gladwin County, you're urged to call 2-1-1.