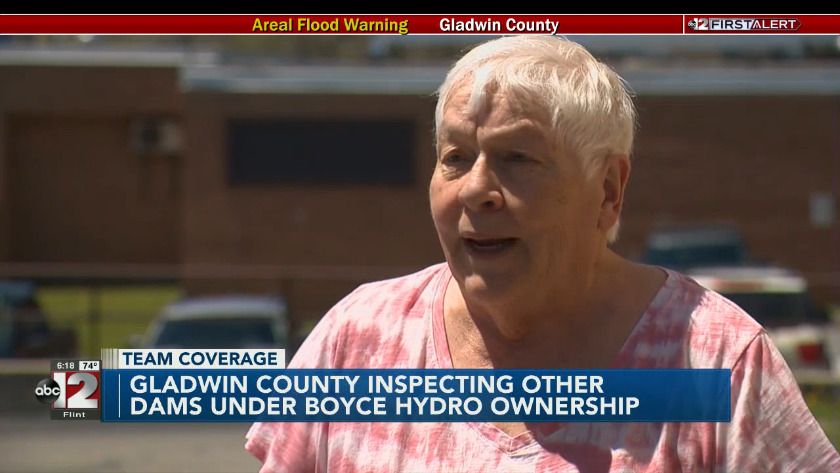 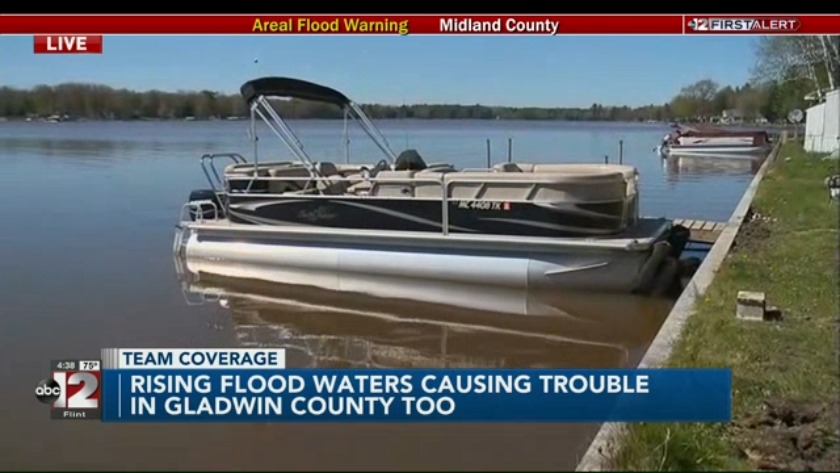 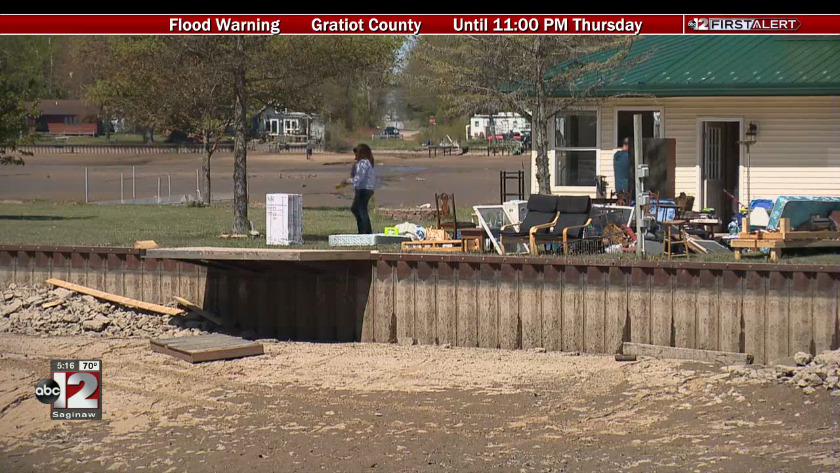 GLADWIN COUNTY (WJRT) - (5/21/2020) - More than 30 streets are washed out and two bridges are done in Gladwin County. But, the County is not included in the state of emergency.

“I feel very badly about what happened in Midland, but it started in Gladwin County. That’s where the flood started,” Gladwin County’s Board of Commissioners Chair, Sharron Smith, said.

She and other County officials are urging the state not to forget them.

Gladwin County is reporting more than 30 roads have washed out, two bridges are gone and hundreds have been displaced. Smith estimated the County is facing millions of dollars in damage.

“Good Lord bless us nobody died. Excuse me,” Smith cried. “But, this is, this is so desperately important. We have people that need help."

Gladwin County has asked to be a part of the state’s disaster declaration; but, Smith said they have yet to hear back from the Governor’s Office.

Smith said the road closures are preventing several hundred people from getting the help they need. Unable to make it to a shelter, they’re trapped in their once flooded, now destroyed homes.

Smith wants to see the National Guard helping out, just like they’ve been asked to do in Midland County.

Sheriff Mike Shea explained his deputies have worked with surrounding counties' to create a plan if an emergency happens in an area not easily accessible due to the road closures.

The Sheriff said he understands how frustrating it is to get around right now; but, he’s asking the community to stop moving the 'Road Closed' signs and blowing through them.

‘Even though these bridges and structural environments seem to be intact, based on the foundation and abutments they are not,” the Sheriff said. “They are certainly not there and professionals have looked at those already from MDOT through our Road Commission, who is doing a fantastic job."

The Sheriff added if you can, just stay off the roads entirely.
Now, he does understand some people are having to make trips to Secord Lake and Smallwood Lake to get their boats off the water. They have three days to remove them.

Since 8 a.m. Thursday, federal and county officials, along with operation employees from Boyce Hydro, who owns the dam, have been slowly lowering the water levels at both lakes.

Once the water level is low enough, they plan to inspect the Secord and Smallwood dams.

“Get your boats, get them out of the water because by -- within three days, that is going to be down and you're not going to be able to go out," Smith said.

The County’s Emergency Manager said the lakes will be lowered 7 inches per day. He added the Tittabawassee River could go back to its origin.

When that happens, County officials are urging you to stay out of it.

The Secord and Smallwood Lakes are expected to look like the shocking images of Wixon Lake, a little ways down stream.

And, it's not clear how long these lakes will look like that either, especially if repairs are needed.

The County decided to do these inspections after the Edenville dam was destroyed Tuesday.

The Federal Government warned of a possible failure two years ago, even revoking the owner's license to produce power from the dam. Boyce Hydro owns four dams along the Tittabawassee River.

ABC12 has reached out multiple times to the company's co-owner, Lee Mueller; but, he has not returned our calls.