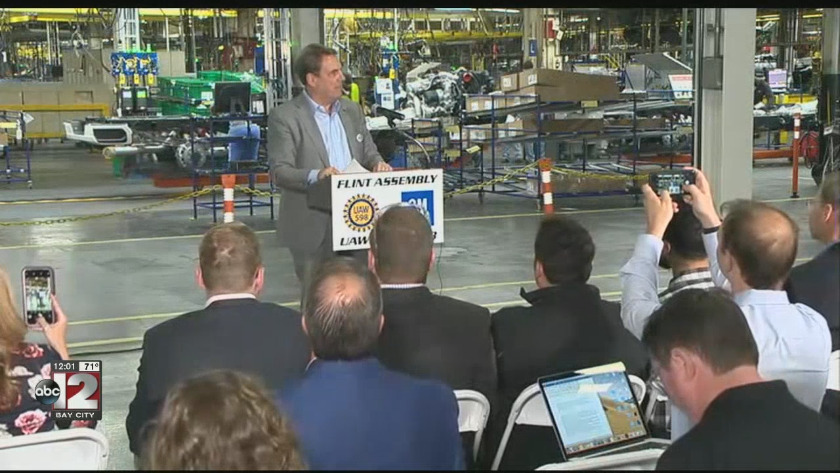 Reuss made the announcement on the plant floor Wednesday.

"We have been running flat out for five years straight trying to produce as many trucks as we can," Reuss said during a press conference in the plant on Wednesday.

The first redesigned 2020 Silverado and Sierra models are being shipped from the plant and should arrive on dealers' lots beginning Monday.

The models are the first with an all-new look.

Reuss previously was in Flint on Feb. 5, when he announced the plant would receive 1,000 relocated jobs from now-closed GM plants.

Those workers have relocated to the Flint-area and started their new jobs on June 3.

Reuss said he is committed to the city of Flint.

Flint Assembly is now GM's largest facility with more than 5,000 hourly and salary jobs. Reuss said GM has invested $1.6 billion in Flint since 2013, as popularity of its pickup trucks grows.

United Auto Workers Local 598 Chairman Eric Welter is happy to see the renewed commitment to Flint with the latest investments.

"For a long time we certainly could argue that GM had no commitment to Flint. But certainly with Mark's leadership, they're reinvesting in the Flint community and this site in particular," he said. "Really the whole complex has had a lot of investments in the last few years to keep a footprint here in Flint. I think, seeing it's the birthplace of both the UAW and General Motors, it's an important place to keep a footprint."