Many homeowners getting bad news about insurance for flood damage 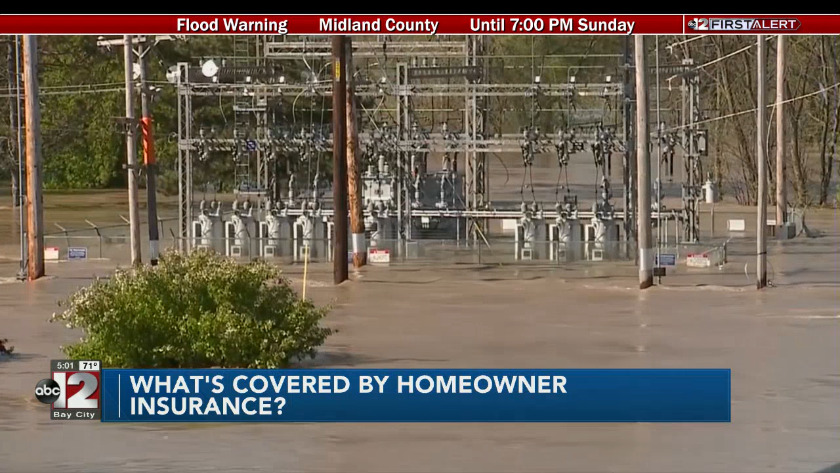 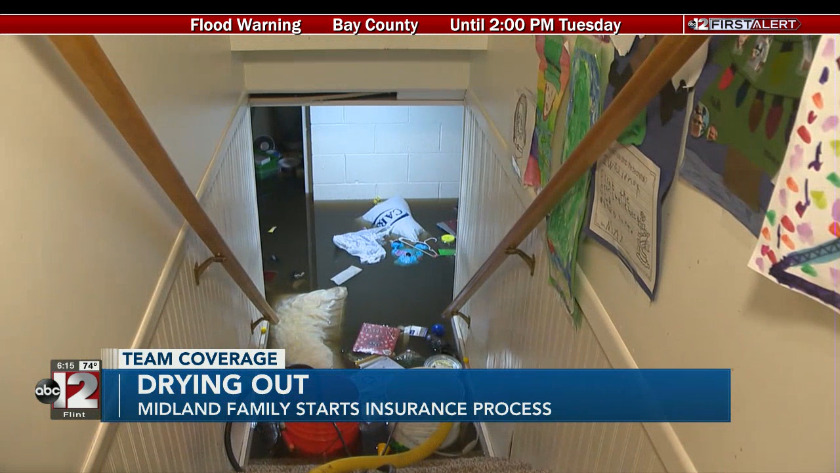 MIDLAND (WJRT) (5/21/2020) - Many flood victims are holding out hope for financial assistance to help them repair the damage.

Pumps like this are working overtime, clearing water from dozens of Midland basements.

Homeowner's insurance in most cases does not cover flood damage unless they have flood insurance.

The agents at Leuter Insurance in Midland have not gotten much sleep and their phones have been ringing off the hook since devastating floods started over the weekend.

They are processing a lot of claims being processed and hearing a lot of fear and anxiety from policyholders. But they say making the call to insurance agents is the most important thing flood victims can do right now.

"It's been absolutely devastating. I just feel horrible for these people," said Kurt Leuter, who co-owns Leuter Insurance Group.

The firm insures roughly 30% of the entire community, so they're wasting no time making sure people get the help and resources they need.

"We're setting up mobile claims units, where they're bringing in their cat crews in to try and issue checks and get things settled quickly," Leuter said.

Kip Harris, his wife and kids got answers Thursday -- but not necessarily what they wanted to hear. They live on Perrine Street in Midland, where water got about 7 to 8 feet high in their basement

"From what we could say, a lot of the stuff we had down there was floating around, so we can't see much other than the entry way going down the stairs," Harris said.

Under a typical homeowner's insurance policy, most water damage -- including floods -- are not covered. But that doesn't necessarily mean homeowners will be left empty handed.

"The two conversations my wife had with them, the first one was really bad saying it's not going to get covered because of flooding," Harris said. "Then we had one of our local agents contact us and said they've been having meetings all day yesterday to try and figure out what was going on."

Leuter said insurers may end up paying out if homeowners had certain kinds of coverage, which many people added after the 2017 floods in Midland County.

"If they have water backup limits on their policy, we're going to try to pay the coverage under that limit," Leuter said. "When we had the flash flood in 2017, a lot of people woke up to that and increased their limits on that."

But Leuter knows that's not the case for everyone and much more drastic measures will need to be taken to get people the help they need.

"The governor said she was going to provide support and help and get FEMA in here, because there are a lot of people, if they don't get this assistance, especially with what's going on with the COVID situation, people are going to be devastated," Leuter said.

He advised homeowners to take pictures and keep receipts. Any sort of documentation that could help, especially if FEMA offers any financial assistance.

Harris said his insurance company is hopeful FEMA will be stepping in to help. The question is if and when it will happen. In the meantime, he's already feeling the pinch.

"Any help we can get. Just to order a dumpster is $350. That's just getting stuff out. That's not cleaning anything," he said. "If there is some sewer related issue to this, you can't just clean it out and start living in it again."

Harris, like many others holding onto that saying where there's a will, there's a way.

"Hopefully it gets out and we get some attention -- local and national," Harris said.

Even though the water didn't get to the first floor of his house, Harris is staying in a camper with his family. Mold and sanitation concerns are something they just don't want to risk with their kids.