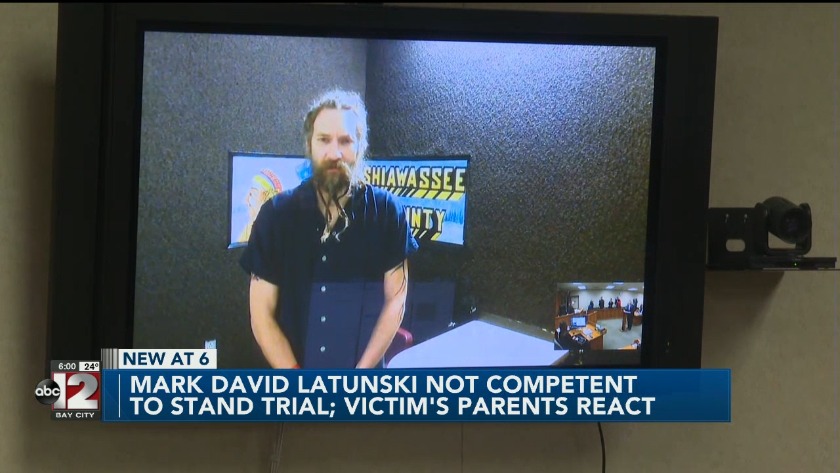 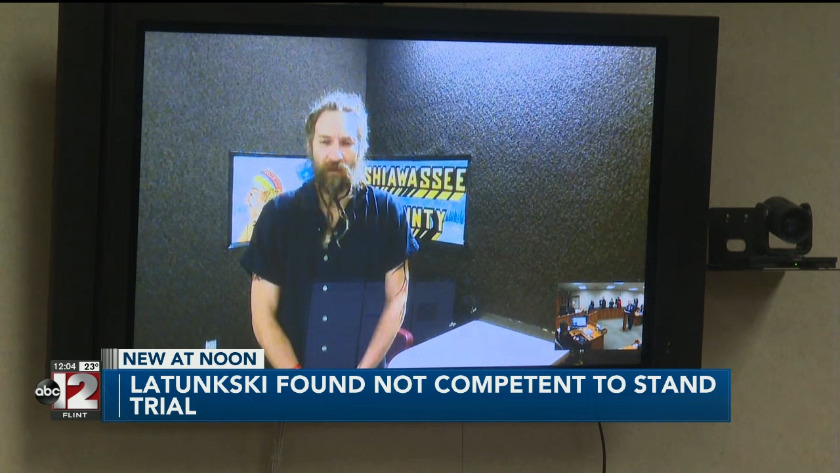 SHIAWASSEE COUNTY (WJRT) (2/27/2020) - Mark David Latunski will be required to get psychological treatment before he can stand trial for the murder of Kevin Bacon.

A Shiawassee County judge confirmed the state's findings that Latunski is mentally incompetent for a trial on murder and mutilation charges related to the December death of 25-year-old Bacon.

Bacon was reported missing on Christmas Day when he failed to attend a family breakfast. His mutilated body was found three days later in a hidden room of Latunski's basement on Tyrrell Road in Bennington Township.

The Michigan Center for Forensic Psychiatry evaluated whether 50-year-old Latunski is mentally competent for trial. After Thursday's ruling, all legal proceedings are on hold until he gets help that is expected to make him competent.

He will begin treatment when a bed is available at the forensic psychiatry center near Ypsilanti. Shiawassee County Public Defender Doug Corwin, who is Latunski's attorney, is not sure when that will be.

"So, it's just a waiting game now," Corwin said. "It could be as short as three months, it could be as long as a year. You never know until he's successfully treated."

Corwin said Latunski will be treated with medicine, therapy and counseling at the center. He believes Latunski's treatment will take less than 15 months.

"He is respectful. He's very articulate. But part of the ruling and why I requested this, he's not able to focus, to help in his defense," Corwin said.

Court records show Latunski admitted to the brutal murder, but whether he was sane at the time he committed the crime is under question too. That will be evaluated after he's found competent to stand trial.

Corwin said the forensic psychiatry center will write up a report based on everything they knew about him at the time the crime was committed. That will be submitted at the trial.

The issue of Latunski's competency came up in prior cases and he was ordered to undergo treatment then.

Bacon's parents say they will wait as long as necessary to get justice for their son.

"It could be three months or 30 years, and either way I'll be here waiting for him," said Kevin's father, Karl Bacon.

They miss hearing from Kevin in the two months since his death.

"You expect to hear from him every once in a while. He used to call us every night and we don't get that," said his mother, Pamela Bacon. "And, it's just that empty feeling."

The Bacons weren't surprised by Latunski being found mentally incompetent. But they vow that justice will be served.

"And if he thought he was going to get free by doing the insanity thing, he was wrong," Karl Bacon said.

He pointed out that Latunski claimed insanity in unrelated past cases and some charges were dropped.

"I have my doubts," Karl Bacon said. "He played this card in the past. He got off on certain charges in the past and I think he tried to do the same thing again in this case, and it's not going to work."

Following Kevin Bacon's death, thousands of dollars poured into a GoFundMe to help his family cover funeral expenses. The most high-profile donation was $20,000 from Jeffree Star, who is a well-known make-up artist and YouTube sensation.

In total, the family raised more than $37,000. Bacon's family is now using the leftover money to start a scholarship fund in his honor.

Lawsuit hits the net as court rules in tennis dispute

Michigan settles lawsuit over teen abuse in prison for $80 million

Lawsuit hits the net as court rules in tennis dispute

Michigan settles lawsuit over teen abuse in prison for $80 million