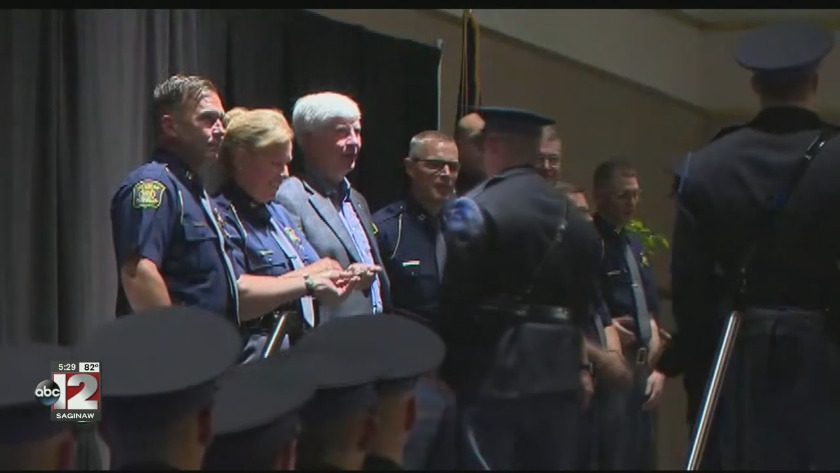 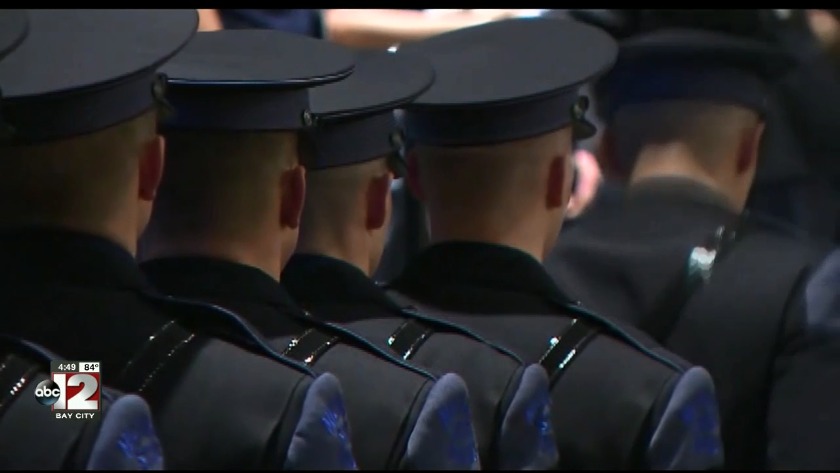 Their training began back in January. Twenty-six weeks later, Col. Kriste Kibbey Etue said all 107 graduates are ready and will report to work on Monday.

One of them is Flint native Dakota Card, whose first assignment will be at the Flint Post.

"It's exciting. Been wanting to do this a long time," he said.

The recruits received a wide range of training over the past six months to prepare them for their new careers.

"Anything from firearms to legal to water safety and first aid. Just it's a daily process, it's a grind from morning to night but it's well worth it, ma'am," Card said.

This class is the 13th to graduate under Etue and Gov. Rick Snyder's administration. Both praised the class for their hard work as they join the nearly 1,200 other troopers working around the state.

Card, a graduate of Kearsley High School, Mott Community College and Ferris State University, is happy he'll get to stay local with his first post assignment.

"It's kind of a luck of the draw," he said. "I don't really know what goes into the process, but it's one of the posts I wanted to go to and I got lucky. And not everyone gets that lucky to go back to where they're from, so I'm very happy about that."

Getting his official police badge on Thursday is a dream come true for Card.

"It means the world to me," he said. "There's nothing better than helping the people out and I love the community there, so I'm just excited to go back and serve the community."

The Michigan State Police are actively recruiting throughout the year -- not just from the Mitten State, but from across the country. Of the six troopers headed to Flint, one is from Arizona and one is from Ohio.

Lt. Robert Hendrix is one of several in charge of recruitment. He said this class started with 152 recruits in January and 26 weeks later only 107 men and women stuck it out.

Hendrix said that’s due to a number of reasons -- maybe they were injured, they quit or they weren't able to pass their tests. All of those are common issues during the intense training academy.

With a number of police departments hiring a dwindling number of candidates, Hendrix said it's tough to hold onto the best.

"You have a lot of people that are applying to a lot of different places and then they have options," he said. "So we may like them, but then Flint PD will like them and Kalamazoo PD will like em, so it's up to the candidate to make the decision on where they want to go."

The 135th Trooper Recruit School begins in September. See "Related Links" on the right side of this page for the state police recruiting page with information about how to apply.

Human remains found in Mundy Township house destroyed by fire
Related Links
Comments are posted from viewers like you and do not always reflect the views of this station. powered by Disqus