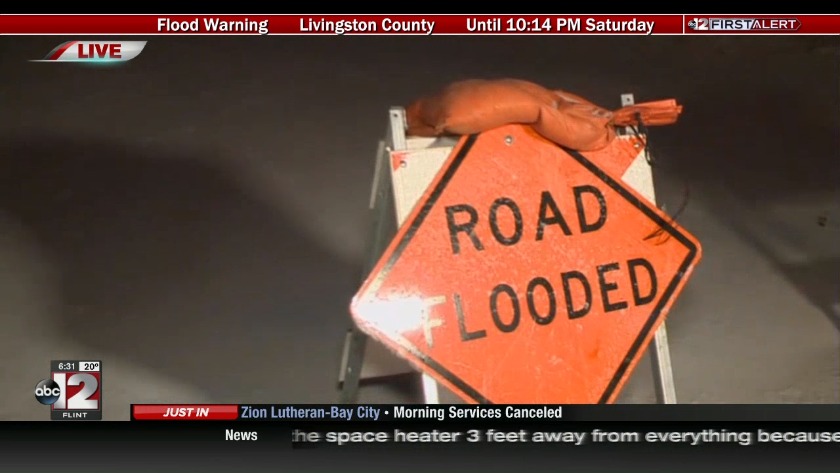 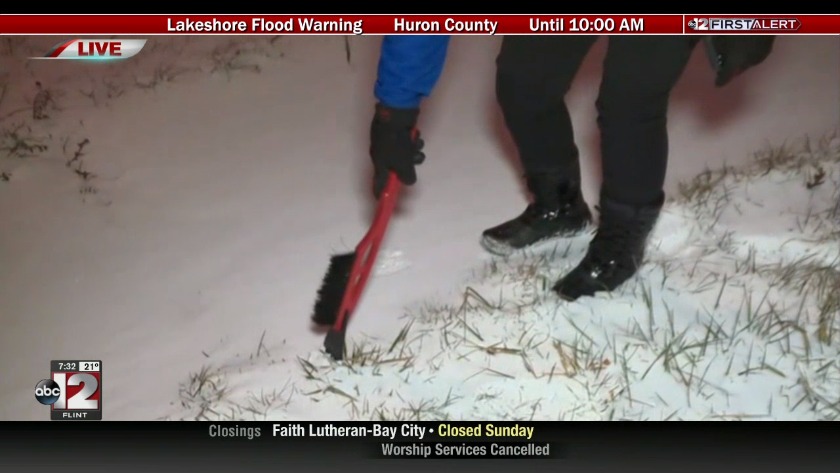 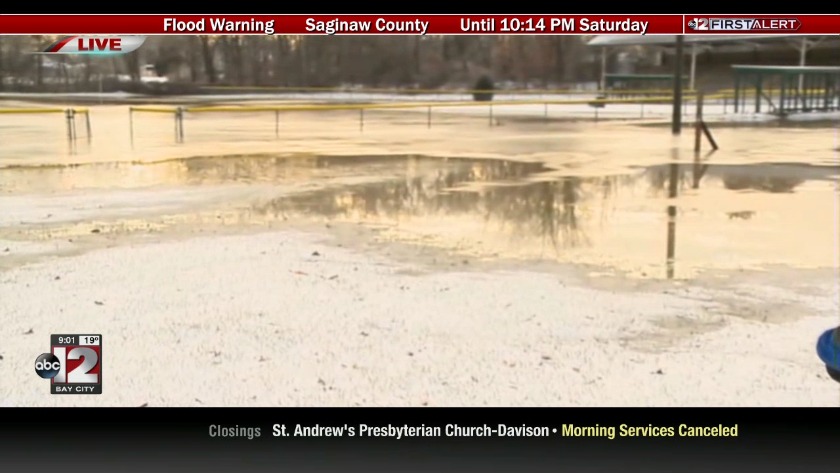 Flooding at McCurdy Park in Corunna 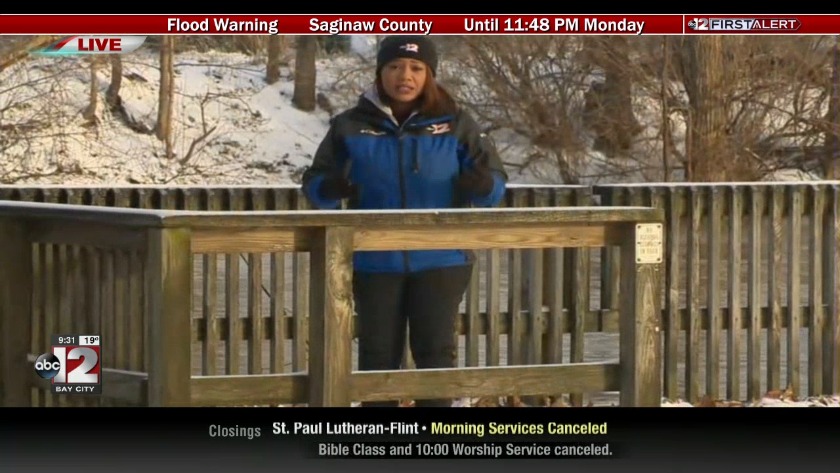 Taking a look at flooding at McCurdy Park (2) 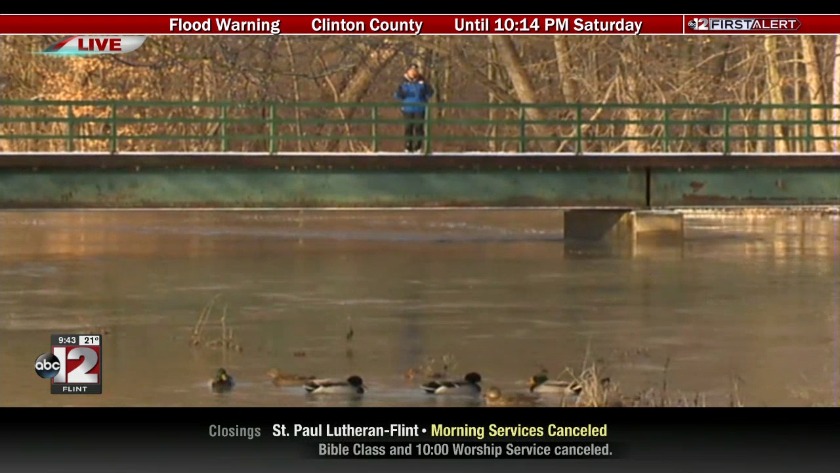 Live from the footbridge at McCurdy Park 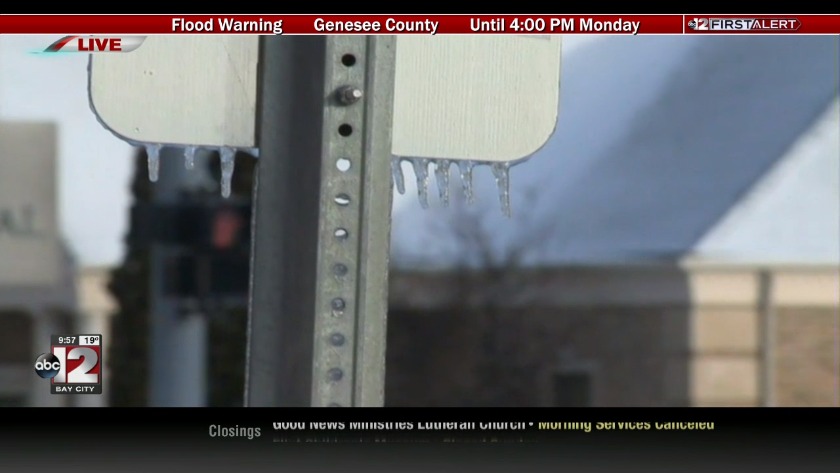 MID-MICHIGAN (WJRT) - (01/12/20) - A winter storm moved through Mid-Michigan bringing lots of rain, a wintry mix and less ice than anticipated.

The combination of sleet and temperatures hovering at 33-degrees near I-69 really helped to keep the ice accumulation to a minimum.

Many people still took precautions as the traveling conditions early Sunday were not ideal. Main roads were okay for the most part but several secondary roads and residential roads were still difficult to travel.

Transportation Director John Daly said all eight of the city's plow trucks were out from 9 a.m. until 3:30 p.m. Saturday then they worked from 8:30 p.m. Saturday until 4 a.m. Sunday. Flint crews were back out at 9 a.m.

Daly said in general that Genesee County was not hit as hard as Saginaw County.

The commission also reported the opening of some roads like Canada between Elms and Moorish and Rathbun between Maple and Elms, both in Taymouth Township.

Shiawassee County Sheriff Brian BeGole says the storm wasn't as bad as expected. While there were some accidents in the county, there were no serious injuries reported.

There were some 9,000 customers without power in Shiawassee County Saturday. By Sunday there were only 70 or so.

The Shiawassee River was in minor flood stage, and evidence of that could be seen at McCurdy Park in Corunna. It was the same story in the area around the Corunna Dam, which is undergoing a major overhaul.

Michigan State Police said there were no traffic fatalities overnight.

Home of Mark David Latunski from Bacon murder case foreclosed, up for auction

Home of Mark David Latunski from Bacon murder case foreclosed, up for auction