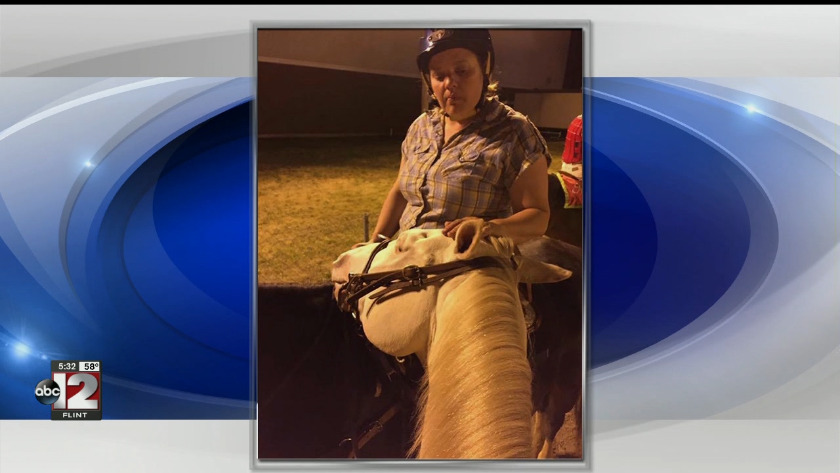 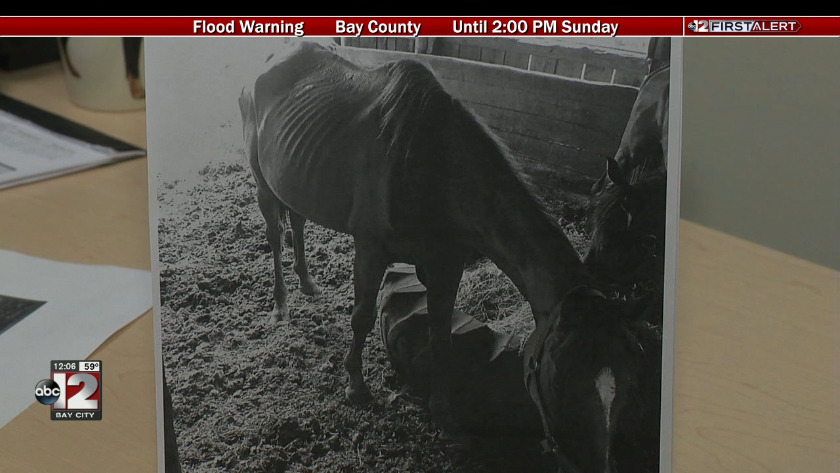 Authorities are charging 44-year-old Jenny Barbeau with failing to properly care for several retired race horses she kept on her property in Tittabawassee Township.

Twelve horses were at the farm of 44-year-old Jenny Barbeau, whose property is near Freeland in Tittabawassee Township.

Most of the horses were found in bad shape and one had to be euthanized. The 11 surviving horses have been moved to other farms and their conditions are improving, said Saginaw County Animal Control Director Bonnie Kanicki.

Kanicki said the horses were malnourished and not properly cared for. She says Barbeau took ownership of the 12 retired racehorses, but then Barbeau claimed she fell on hard times and couldn't care for them.

"This is worthy of criminal charges to have somebody answer for their decisions not to take care of these animals that were entrusted to their care," Kanicki said.

She pointed out that horses are domesticated animals and unable to survive on their own.

"And somebody obviously made a very poor decision while they were entrusted to their care to not take care of them and they ended up in this emaciated condition," Kanicki said.

The one horse that had to be put down was Poof Its Magic. The horse was a thoroughbred racehorse and had won thousands of dollars in prize money.

"LIkely, had she asked for help, months prior rather than choosing to starve these animals, help would have been there, but she didn't even ask," says Kanicki.

Barbeau had filed a complaint alleging that a former business associate stole some of the horses from her. An investigation was done by police, but there will no criminal charges coming from Barbeau's claims.

Monday is National Puppy Day and we'd love to see your pooch!

Pet of the Week: Luke

Monday is National Puppy Day and we'd love to see your pooch!

Pet of the Week: Luke