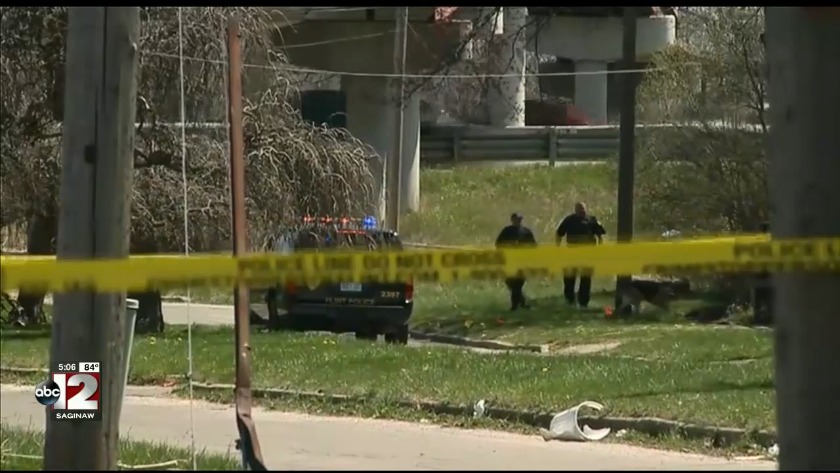 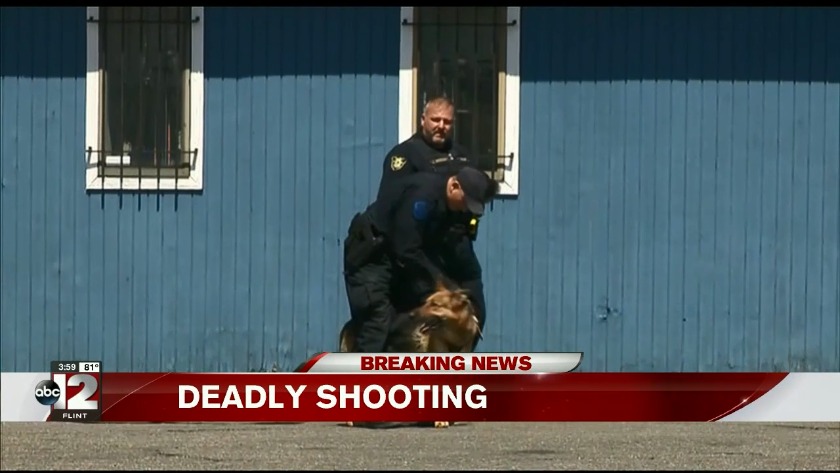 FLINT (WJRT) (5/1/2018) - A 51-year-old man who was working out with a Flint police officer died after being shot inside The Rock Fitness Center in Flint.

The shooting happened around 1 p.m. at 2623 S. Saginaw St. The Flint Police Department and Michigan State Police had a heavy presence in the area searching for suspects.

Flint Police Chief Timothy Johnson said one of his officers was inside at the time of the shooting. The officer was working out with the 51-year-old when two guys walked in, saying they were there to fix the roof.

Within seconds, Johnson said the suspects pulled out guns and started shooting. The 51-year-old was killed on scene, but the officer was not injured.

Police were looking for two alleged shooters, but no descriptions were provided. A K-9 team was seen tracking suspects down Linsey Boulevard.

International Academy of Flint, which is located a couple blocks down Saginaw Street from the fitness center, was in a shelter in place mode after the shooting. The school later returned to normal operations.

People who live and work nearby are horrified by the violence, saying this city needs to come together and do something.

"I'm surprised that something like that would've happened there, as opposed to maybe some of the other places around here. But all in all, yeah the summer just started, the first warm day, and already all this violence," said Brandon Hope of Hope Automotive.

Neighbor Russell White fears for the children in the neighborhood, especially his three stepsons.

"You know they don't need to see all of this," he said. "Plus, they got the school International Academy down the street. You know, it's just sad that Flint is like this right now."

How to avoid counterfeit cash? Don't get in a rush with money

Canadian authorities seize $25 million worth of meth at Ambassador Bridge

How to avoid counterfeit cash? Don't get in a rush with money

Canadian authorities seize $25 million worth of meth at Ambassador Bridge