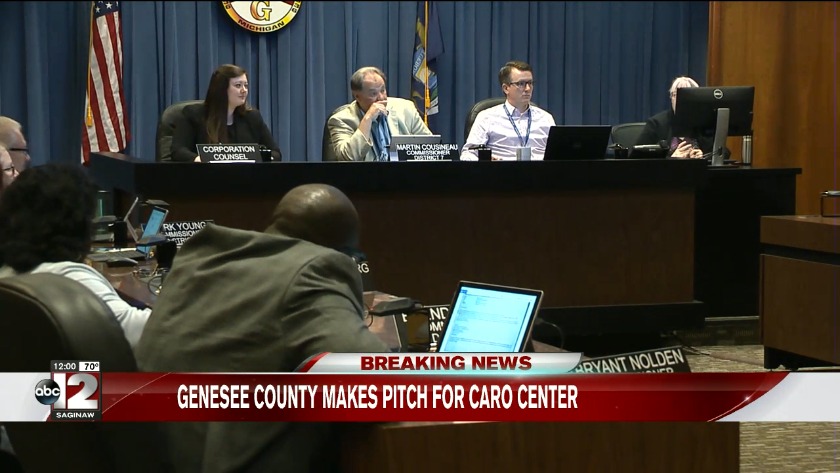 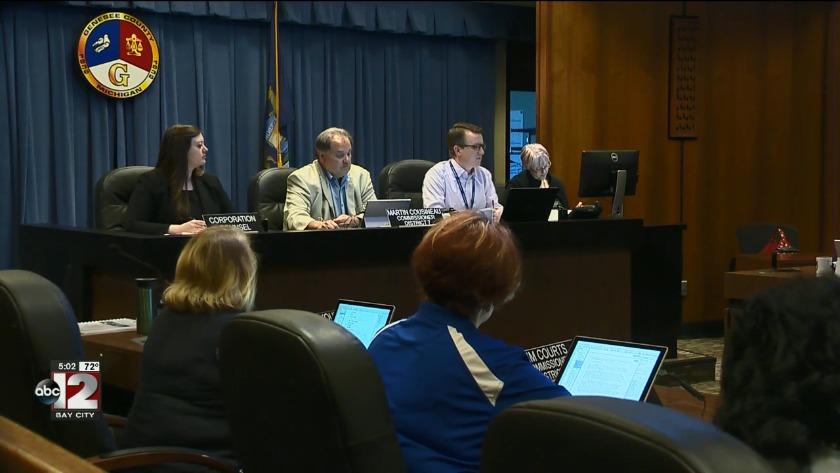 GENESEE COUNTY (WJRT) - (05/15/19) - Counties are starting to make a push for a new state-funded psychiatric hospital, that up until March of this year, was being constructed in Tuscola County.

ABC12 learned Wednesday that Genesee County wants to be considered as the future home of what is known currently as the Caro Center.

While the Michigan Department of Health and Human Services waits on a consultant to review the Caro Pyschiatric Hospital project, Genesee County officials are in the process of making a proposal to bring the hospital there.

"Realistically we have the best infrastructure, roads, like I said in the meeting, gas, water, electric. Everything has been upgraded in this community because of General Motors and the automobile..and they've left and we still have the infrastructure," said board chairperson Ted Henry.

"With the Caro Center being a regional hospital, Flint is not really part of the region that the Caro Center serves, so I do not see that Genesee County or Flint would be a viable option to serve the UP specifically for ...if the facility were to be moved," Green said. "Whereas Tuscola County, Caro specifically, has been serving this community of people as well as the state for over 105 years."

Chairman Henry along with public works committee chairman Martin Cousineau said they've had the benefit of having data already collected for other projects that helps support why Genesee County would be a great fit for the psych hospital, including its central location.

"A psychiatric hospital would serve our region in addition to Genesee County, but this is ideally sited area due to the expressways and 69, 75," Cousineau said. "Plus, all the universities that are here, but the need that we have with overcrowding in the jail."

Judge Jennie Barkey brought the idea to commissioners three weeks ago for that very reason. She's been a probate judge in the county for almost 13 years and has seen a major need for mental health care firsthand. Now she's working with commissioners and local and state lawmakers to craft a proposal.

"I know Genesee Health Systems alone I think has 100 people waiting for people up there. The jail has people waiting for beds up there. 75-percent of the inmates in the Genesee County Jail have mental health issues. 65-percent are on medication, and that is because of a shortage of beds and the way we've had to deal with mentally ill people," Barkey said.

Green is also concerned about the workforce. 70-percent, according to a 2017 study, reside in Tuscola County. He wants the state to also consider building more facilities.

"I wholeheartedly believe that we need more than just the Caro Center. We need another facility up near...up in the UP or somewhere...near the bridge. We have 225 people that are waiting to get into a state mental health facility," Green said.

The state says 30-percent of the current patients at the hospital have family within 75 miles of Caro. Barkey sees that as a potential impediment to care.

"One of the most healing processes we can offer people who are mentally ill, besides long term health care, is that their families will see them. They'll have visitors and those kinds of things," Barkey said.

Commissioners and Barkey are meeting again Friday afternoon to talk about potential plans.

Today MDHHS told ABC12 that a consultant's review of the project is not done, but they're expecting the report in the coming months.

Meanwhile, there are three petitions circulating to save the Caro Center. Green says they have some 9,000 signatures and plans to deliver them to the governor in the next couple of weeks.