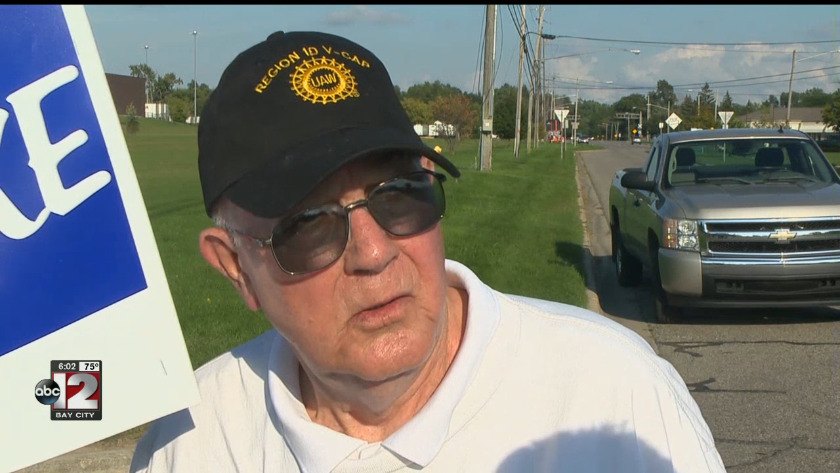 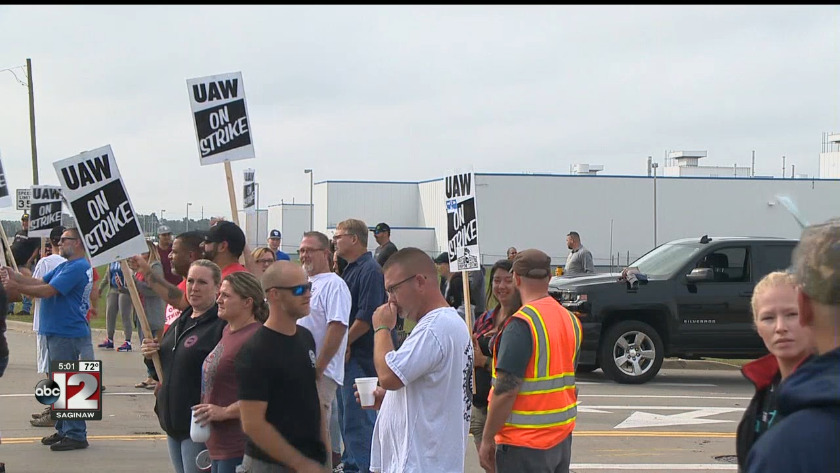 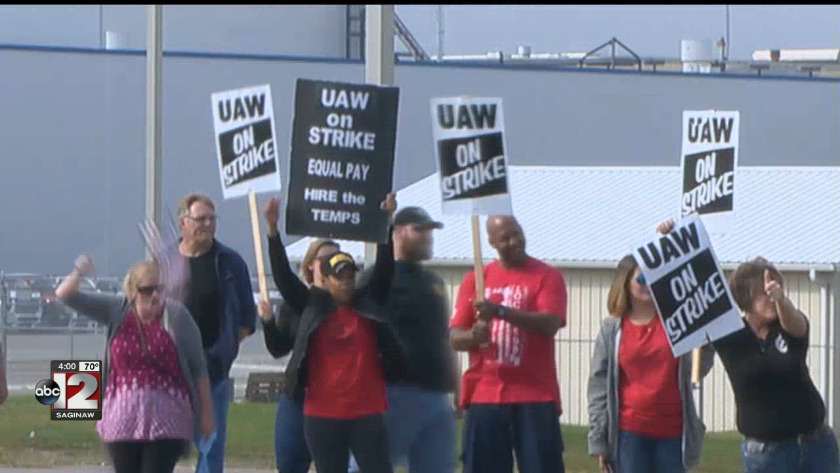 MID-MICHIGAN (WJRT) (9/17/2019) - Nearly 48 hours after United Auto Workers members went on strike at General Motors, there was no indication of significant progress in contract negotiations.

General Motors retiree Jim Brent walked picket lines with striking UAW members on Tuesday to raise awareness of the sacrifices his fellow retirees have already made over the years.

The strike started at midnight Monday involving 49,000 workers, which has idled more than 50 GM factories and parts warehouses. Talks continued through the day on Tuesday.

Health care benefits emerged as one of the major sticking points. Crain's reported that GM employees currently pay 3 to 4 percent of their health care costs, but GM wants to increase that to 15 percent.

Workers also are looking for higher wages, profit sharing and job security. They say UAW members gave GM concessions when the automaker was in financial trouble, so they deserve a bigger cut as the company rakes in record profits.

Strikers say they are standing firm and prepared to remain off the job for as long as it takes to get a fair contract.

"It's pathetic. The retirees are the ones who made this union," he said. "And if they don't try to negotiate and get something for the retirees, they're in a heap of trouble, because we started this and we will probably keep on. And I hope the younger generation takes over in our spot."

"General Motors gives these bonuses to the workers, but what do they give to us? Absolutely nothing," he said. "When you give 9,000 dollars to a worker, the retiree should get something. It's sad."

Retirees currently aren't affected by the ongoing strike, but UAW members on strike lost their GM health benefits on Monday. The company made benefits inactive, so workers need to sign up for COBRA benefits provided by the UAW.

"My daughter is in day care, and as most of us know kids in day care like to spread around illnesses to one another," said UAW Local 659 benefits representative Rob Gaby. "One of my biggest concerns is my daughter getting sick and then having to go to the doctor. If they do receive us, then we have to pay the bill."

He couldn't discuss specifics of the union-paid COBRA policy, but he said it picks up some of the costs. Workers could be left to pay thousands of dollars a month.

Gaby said many families of strikers won't be able to afford coverage.

GM suppliers are watching from the sidelines to see how the strike will affect them.

Magna Electronics, which recently opened a facility in Grand Blanc Township that manufactures cameras and automation components, says it's continuing to monitor the situation and is hopeful for a quick resolution.

"Although Magna supplies GM on a number of programs globally, it would be premature to comment on the potential impact to our operations right now," a company spokesman said Tuesday.

Lear Corp., which opened a plant to make seats for pickup trucks assembled in Flint, says it's not commenting on the strike.