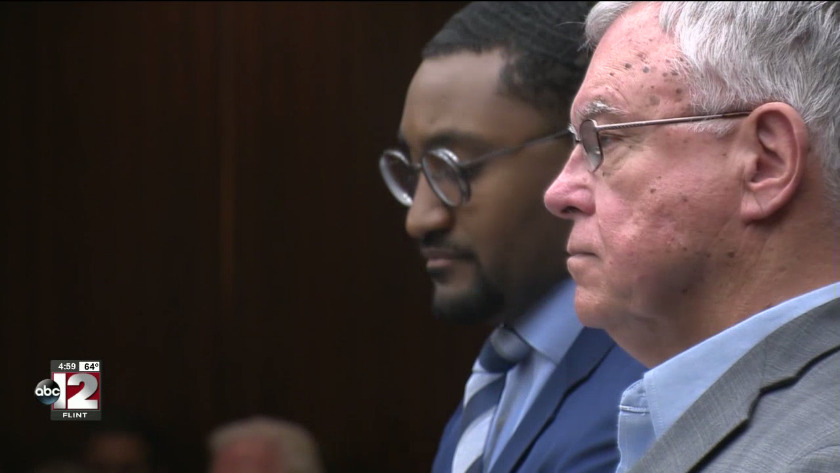 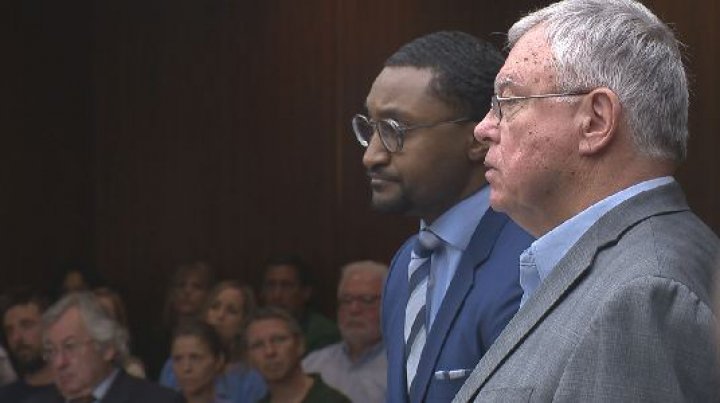 Saginaw County Circuit Court Judge Darnell Jackson sentenced DeLand, 72, to a minimum of two years in prison. His maximum sentence is 15 years with the Michigan Department of Corrections.

The seven charges stem from cases involving three young men. One man was 21-years-old at the time, the other two were each age 17.

Assistant Prosecutor Melissa Hoover said there's a difference between justice and healing, and she hopes DeLand's sentencing can begin a new phase for the young men involved.

"I think that this will begin the healing process and hopefully give the closure that they need as well as the closure the community, it needs at this point," Hoover said.

She said the young men were brave.

"The victims involved in this case have been absolutely amazing throughout this entire process. They've been very brave, very courageous and just seeking justice. Not only for themselves, but anybody else who could potentially been a victim of Mr. DeLand," Hoover said.

The man who was 21-years-old when he came into contact with DeLand did not provide a victim impact statement. The young man who was 17-years-old at the time did share a statement with the court. The third young man was part of the sentencing.

"What that man has done to me will define my life forever. He has managed to turn a boy who was lost because of the loss of his best friend into someone who doesn't even know who he is anymore," the teen shared in statement.

The teen was referring to the death of his friend, Michael Dennis, which happened in 2017.

"To him, all it was, was the start of a sick and cruel process so that he could take advantage of me at my weakest," the teen's statement said.

The teen said he told his parents about concerns he had with DeLand, and ultimately they turned to Tittabawassee Township Police Detective Brian Berg.

The family agreed to allow the teen to record DeLand with police supervision. The recordings and investigation lead up to DeLand's arrest in February of 2018.

He was being investigated by Tittabawassee Township and Saginaw Township police.

"At his condo he had touched me, he had crossed the line that horrified me. He had scared me for my life and nothing can change that. I lost my innocence," the teen shared about the evening of DeLand's arrest.

The teen also shared how his life is filled with anxiety, depression and even self-harm as a result of what unfolded.

His father spoke after he learned DeLand was headed to prison.

"I think that he's a monster, I hope that he finds what he needs in prison," the teen's father said.

The father said despite the changes in his son's life, his son would go through with the recordings again to prevent others from being harmed.

"He's definitely got a handicap going in to this world, you know not everyone has this kind of stuff put on them," the father said.

DeLand also spoke during the sentencing. "I rely on what my attorney just said, except to say that I'm very sorry that the community has gone through all of this and the embarrassment. I'm very, very sorry about that," DeLand said.

The Most Rev. Walter A. Hurley, Apostolic Administrator for the Diocese of Saginaw, issued the following statement:

"Today's sentencing of Robert (Father Bob) DeLand is a clear statement that all, including clergy, must be held accountable for actions that have injured others – especially when minors and the vulnerable are involved. We respect the criminal justice system that has brought this matter to this point of closure.

"On behalf of the diocese, I offer my apology to anyone who has been harmed by the actions of clergy or church personnel. These actions have caused immense pain to victims and their families. We are committed to ongoing collaboration with the civil authorities on these matters. Our focus on protecting children and young people remains strong. We will not rest in our efforts to ensure the safety of minors and all those entrusted to our care.

"I have confirmed with Robert DeLand that the restrictions placed upon him by the Diocese – forbidding him from presenting himself as a priest or exercising public ministry – will remain in place permanently.

"I ask anyone with reason to believe sexual abuse of a minor or the vulnerable has occurred to notify law enforcement immediately or call the Attorney General's hotline at 844-324-3374.

Portion of I-75 in Mt. Morris Township closed after accident

Portion of I-75 in Mt. Morris Township closed after accident