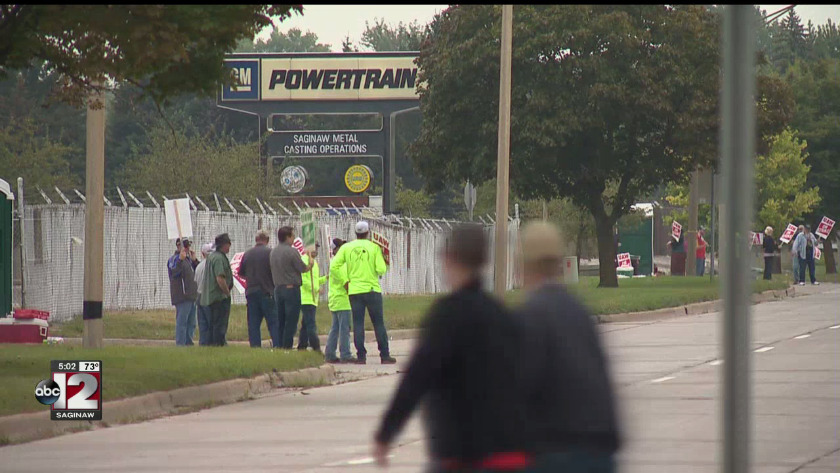 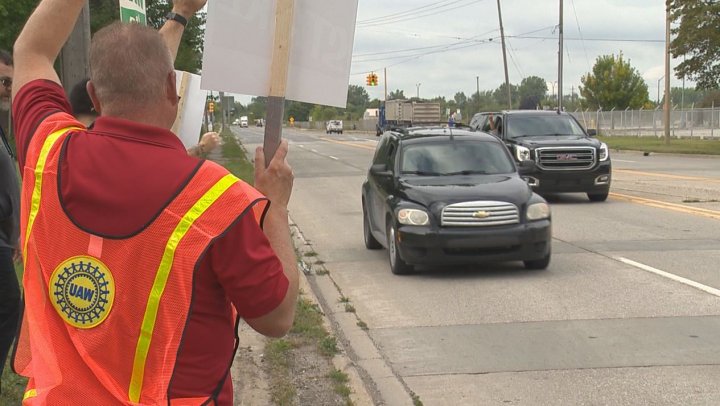 SAGINAW (WJRT) - (09/16/19) - Instead of working on the line inside Saginaw Metal Casting Operations, United Auto Workers Local 668 members joined their union brothers and sisters on the picket line Monday.

UAW members across the country are on strike as contract talks broke down between UAW International leadership and General Motors.

The Saginaw plant is celebrating 100 years in the community in 2019. Striking workers said they're fighting for the next century of union members

"I want to see the temps get hired fulltime. I want them to be able to raise a family and have a future," said Troy Baase, UAW Local 668 member. "And I want future generations of UAW workers to have a future."

Baase said he didn't think twice about the strike. "We gotta do what we gotta do."

"Midnight when we had the work stoppage I actually gathered all our folks together and lead them out of the gates," Mann said. "I know that there was a lot of enthusiasm, there was a lot of hesitation because they're not sure of the future, but everybody knew that this was the right thing to do."

Union members don't know how long they'll be here, but they're ready for the long haul.

"We got with the membership, we let them know that a possible strike may be happening, and to get their affairs in order, get their money in order, and to make sure that they're saving every dime that they have," Mann said.

While on strike union members get $250 dollars a week from the UAW International Strike Fund. Workers don't want to be on the picket line any longer than necessary.

"Plan of attack is to stay the course, have faith in the UAW International leadership, and just know they have our best interests at heart," Mann said.

Some of the people on the picket line don't even work for GM.

"Saginaw's a union town, we're here to support the unions as a whole," said UA Local 85 Business Manager Justin Pomerville. "The workers are being slighted, and they're out here marching, so we're here in solidarity to support."

Pomerville said showing up was a no-brainer for his team of plumbers, steamfitters and HVACR Service Technicians. UA Local 85 sent members to Saginaw, and Powertrain in Bay City.

"They're out here marching for workers' rights and that's what we stand for, we want all workers to be treated fairly, no matter what," Pomerville said. "Morale and to see that what they're doing matters out here, they need to understand that it's bigger than just them."

Not only did they stand with their union brothers and sisters, they also brought lunch.

"We brought water and food and continue to be here until it's over," Pomerville said.

Saginaw's mayor hopes a fair deal happens sooner rather than later considering many of those on strike not only work in Saginaw, they live in the city too.

"No one really benefits from a strike. Neither the workers nor the company," Kloc said. "I understand their motivation and I support their efforts, but I hope it comes to resolution quickly."