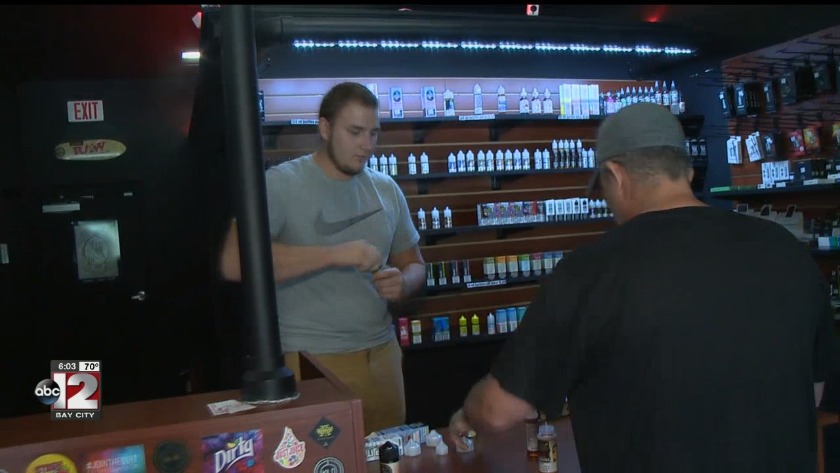 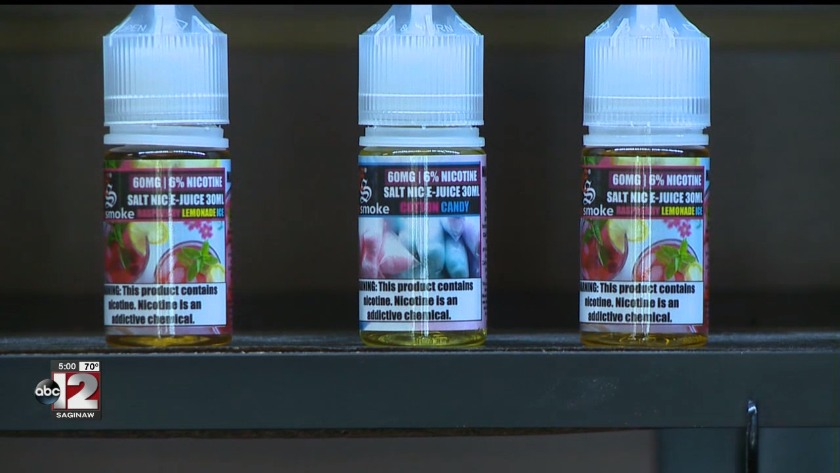 MID-MICHIGAN (WJRT) (9/4/2019) - Schools have gone to extreme measures to keep their students from vaping since the craze began among teenagers.

"We're doing everything that we can to stop it, but its just that the Juuls and the vapes that the kids use are so tiny, it's really difficult," said Allyson Walroth, a former assistant principal at Grand Blanc High School.

In 2018, Gov. Gretchen Whitmer said one in five high school students in the U.S. were regular vapers, a rate that continues to rise. Walroth said schools are extra vigilant because students are vaping in classrooms and the bathroom.

"We've installed some monitors in the bathroom that can detect when kids are vaping and then it will send a text message to our hall monitor, actually, to tell them that they're in there. And, they can go in and catch them doing that," she said.

It's considered an epidemic, one schools are hoping will end with the Whitmer's bold ban on flavored vaping products -- the first of its kind in the U.S.

She issued emergency rules banning online and in-store sales of all flavored nicotine vaping products Wednesday. The rules also ban the use of words like "clean," "safe" and "healthy" when marketing the products, which Whitmer said are misleading.

"I'm an adult I can make my own decisions," Randy Smith said.

"That's really what causes damage," he said. "And, I keep seeing that there's little to no testing done on e-cigarettes. I think if they actually put the money in to test it, then they would realize that it's not as bad as everybody thinks."

Craig believes the issue boils down to a parenting issue if underage teens are getting a hold of vaping products with nicotine.

The Pipe Depot's Manager Hunter Brown said he makes sure they pay close attention to who's walking into the store.

"I don't want anyone in here that's younger than 18, so I usually ask right when they walk in if they have their IDs," Brown said.

Another concern for Brown is that the ban gets rid of many's alternative to smoking. He said that could lead them right back to the habit or encourage kids to start.

"I hope that they don't turn to smoking then if this appeal is taken away," Walroth said. "And, my thought is that they won't, because I just think a lot of it is about those cool things -- the smell, the taste -- and maybe some of that, once it's taken away, will be less appealing."

She is encouraging all parents to do the research to help you keep an eye on kids and help educate them.