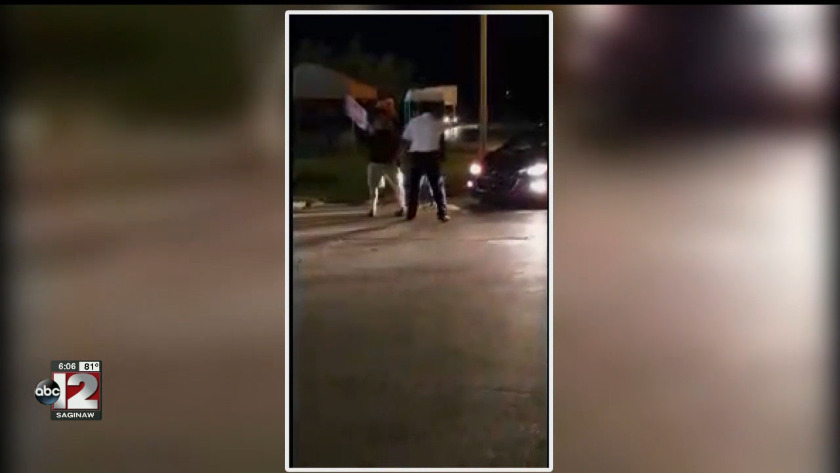 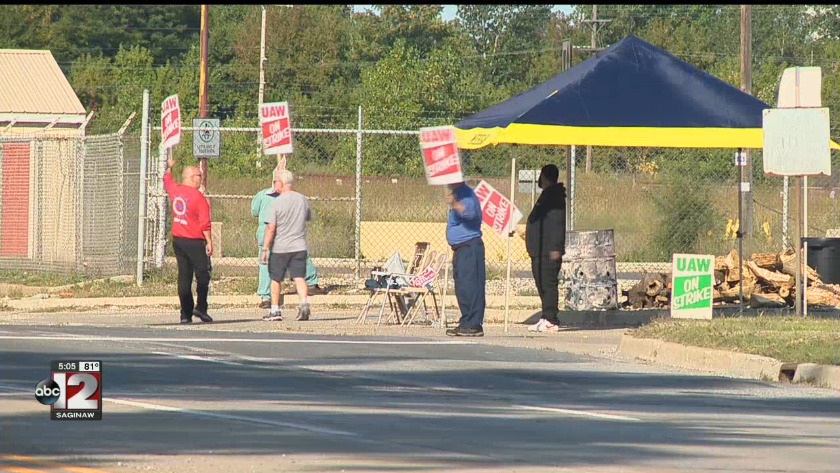 That is a concern for law enforcement.

Saginaw police have been called a couple of times for trouble outside the Saginaw Metal Castings facility on Washington Avenue. It's a four-lane highway and the base for strikers is across the street from the plant, so pedestrian traffic is an issue along with the emotions.

A striking worker says he was physically grabbed by a GM manager while trying to stop cars from entering the plant Thursday morning. The exchange was captured on a cell phone video.

The alleged assault occurred in the early morning hours before dawn.

"Each passing day, tensions get a little higher," said UAW Local 668 president Tony Mann. "Being out here on the picket line is not fun."

The video appears to show the manager approaching striking worker Brian Wirsing and then Wirsing yelling at the manager to stop touching him.

"It's weird to me because those guys are supposed to deescalate situations," Wirsing said. "I would think being plant leadership not trying to escalate a situation, it's almost like he is trying to start problems on the line."

A statement released by General Motors about the incident says safety is the company's No. 1 priority, which is why the video shows the assistant plant manager directing arriving employees out of oncoming traffic.

"Leadership for the union and also leadership from management, we are supposed to try to de-escalate any situation that might come forward," Mann said.

With every shift change, striking workers on the picket lines are given a list of do's and don'ts.

"No drinking on the line, no taunting drivers passing by, keeping a tidy area -- just basically a lot of common sense things that are membership know they can and cannot do," Mann said.

Wirsing said he filed a police report about the incident.

"I don't want get myself in trouble. I want everything to be legal and nobody get hurt or anything," he said.

Saginaw County Sheriff Bill Federspiel said he has been trying to keep an officer near the plant as much as possible, but law enforcement resources are stretched thin as well.

He has had conversations with General Motors management, along with the leadership of the union.

Along with extra pedestrian traffic, the sheriff is also worried about tension as the strike continues.