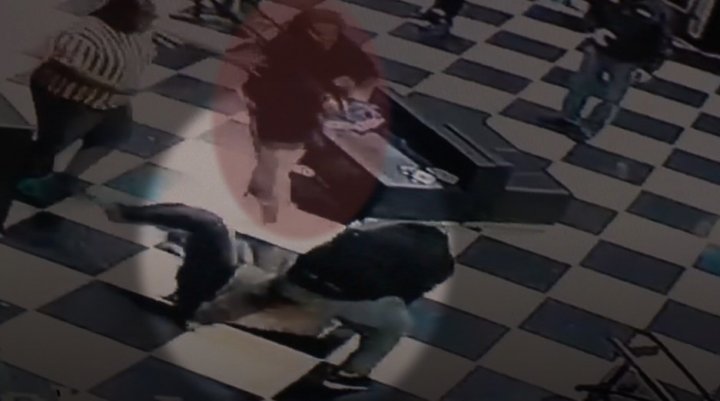 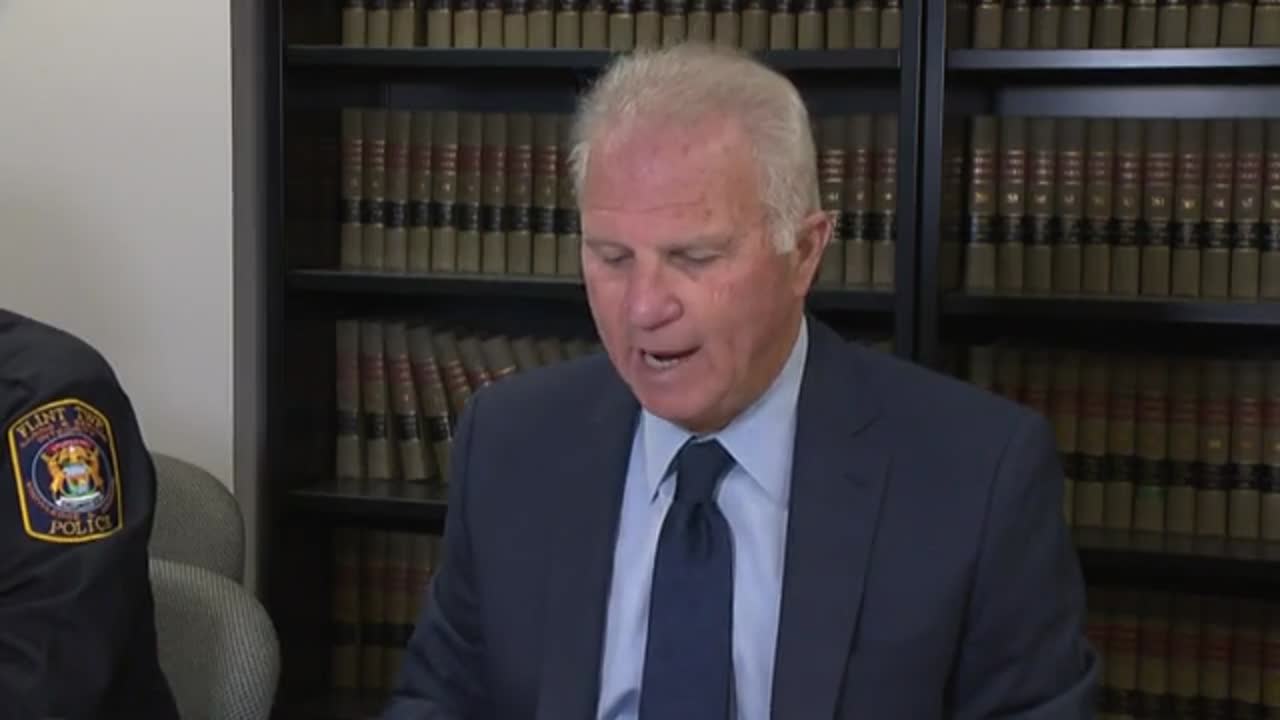 A 39-year-old woman can be seen on surveillance footage from inside Planet 3 Extreme Air Park in Flint Township pulling out a gun and shooting 43-year-old Damon Hodges to death. The case was ruled self defense.

Genesee County Prosecutor David Leyton announced the decision Monday after determining the 39-year-old woman was acting in self defense of a reasonable fear Hodges may kill her or her 14-year-old son.

The woman is not being identified because she is a victim of domestic violence and hasn't been charged with any crimes.

Leyton pointed out Hodges has a violent criminal history dating back to 1993, including domestic violence claims made by nine different people. He spent 15 years in prison for child abuse involving his 16-day-old baby, who eventually died.

Hodges also had a tumultuous relationship with the 39-year-old and her son, Leyton said.

Hodges was accused of punching the 14-year-old in the stomach and attempting to strangle him with a belt, according to previous complaints that the woman had filed with police.

On the day of the shooting, Leyton said the woman had been arguing with Hodges for much of the day over his refusal to clear snow from her car and to get himself a job.

The verbal argument continued inside an SUV in the parking lot at Planet 3 while the 14-year-old was inside the business playing with two others. Leyton said the argument turned physical in the SUV and Hodges allegedly strangled her.

The woman was able to kick open the driver's door and escape, according to Leyton. The door slammed into a vehicle parked next to the SUV and the driver of that vehicle told police he saw Hodges and the woman arguing outside.

That driver heard the woman being strangled and begging someone to call 911, but he wasn't sure whether the woman was talking to him or someone else in the SUV.

Leyton said the woman knew Hodges usually carried a knife and investigators from the Flint Township Police Department found a knife in the SUV.

After the altercation happened outside the SUV in the parking lot, Leyton said the 39-year-old went inside Planet 3 and her 14-year-old son noticed she had injuries from the assault outside.

Surveillance video from inside Planet 3's lobby shows the 14-year-old take off his jacket and throw a punch at Hodges. His mother steps in between them when Hodges hit her, shoved her out of the way and went after the 14-year-old.

Hodges had the upper hand throughout the fight, as he slammed the boy into a wall. Behind them, the 39-year-old can be seen on the video rustling in her purse to grab her handgun.

Some people in the lobby tried to help, even trying to grab the woman as she pulled out the gun. At that point, Hodges had thrown her son on the ground and could be seen beating him on the video.

The video shows the woman run over and aim the gun at Hodges. She pulled the trigger twice and Hodges died inside the lobby.

The woman went outside after the shooting to call police and report the incident. The woman and her 14-year-old son did not report any serious injuries.

Leyton said the woman's handgun was properly registered to her and she has a valid concealed pistol license to carry it.

Planet 3 has a sign on the door prohibiting handguns inside. However, Leyton said the business has to enforce that policy and violations are not against the law -- only that business' local policy.

“Violating a business’ private rule is not a violation of the law,” Leyton said.

Police arrested the woman after the shooting on Jan. 18, but she was released from custody on Jan. 21 and will not face criminal charges from the incident based on Leyton's ruling.

Person of interest in Saginaw double homicide arrested in Chicago

Person of interest in Saginaw double homicide arrested in Chicago