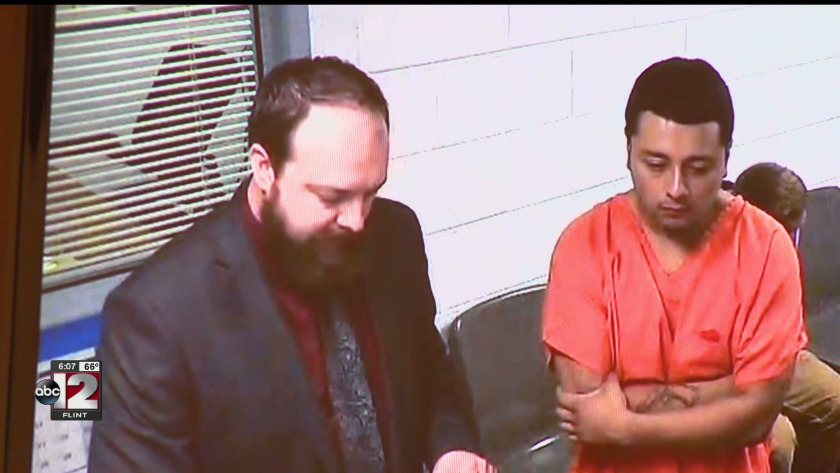 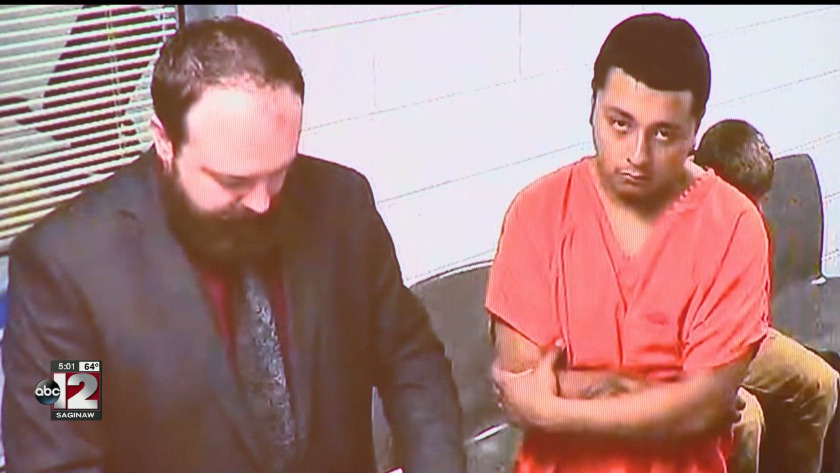 BAY COUNTY (WJRT) - (09/12/19) - A Saginaw man charged with a Wednesday afternoon shooting in Bay City was already wanted by other police agencies for additional violent crimes.

Thursday afternoon Bay County District Court Judge Dawn Klida formally charged Leonel Maldonado III with one count of assault with intent to murder and one count of felony firearms. If convicted of the more serious charge, Maldonado III could face life in prison.

The charges stem from a shooting in the 2400 block of Garfield Avenue on Bay City's south end.

The Bay City Department of Public Safety reported a 27-year-old man was shot, and the potential shooter was arrested a short time later by a deputy with the Bay County Sheriff's Office.

In court, Bay County Prosecutor Nancy Borushko revealed Maldonado III is accused of shooting the man once in the leg, and a second time in the stomach area as he fell to the ground.

She also said there was a child inside the home when the man was shot.

Borushko asked for a $250,000 bond for Maldonado, given the serious nature of this crime, as well as his criminal history that dates back to juvenile court. She also mentioned the charges out of Saginaw County.

"Active warrants out of the county of Saginaw, one being assault with a dangerous weapon, and the other being charges of fleeing and eluding, and resisting and obstructing," Borushko said.

One day before the Bay City shooting, CrimeStoppers had put out an alert on Maldonado III.

CrimeStoppers shared that Maldonado III was wanted on charges of assault with a dangerous weapon, domestic violence, fleeing and eluding, and resisting and obstructing a police officer.

"Whenever they're out there on CrimeStoppers they're using a violent felon. In this instance here he was wanted for a felonious assault involving a family member with a knife," said Lt. Dave Kaiser with the Michigan State Police.

Lt. Kaiser said the knife attack dates back to July and took place in the city of Saginaw.

After charges were issued this week in that case, the Saginaw Police Department requested assistance from the Michigan State Police Fugitive Team to track him down.

Investigators with the Major Crimes Unit, made up of detectives from MSP and SPD, believe Maldonado III could be connected to additional violent crimes in Saginaw.

"We're also looking at him, we want to talk to him in regards to some shootings that happened here in the Saginaw area. So he is a violent person, and by having him off the streets the public can rest a little easier," Kaiser said.

Maldonado III previously spent about a year-and-a-half in prison for a resisting and obstructing a police officer charge from Christmas Day 2013.

Borushko also said the 24-year-old has a criminal history dating back to juvenile court.