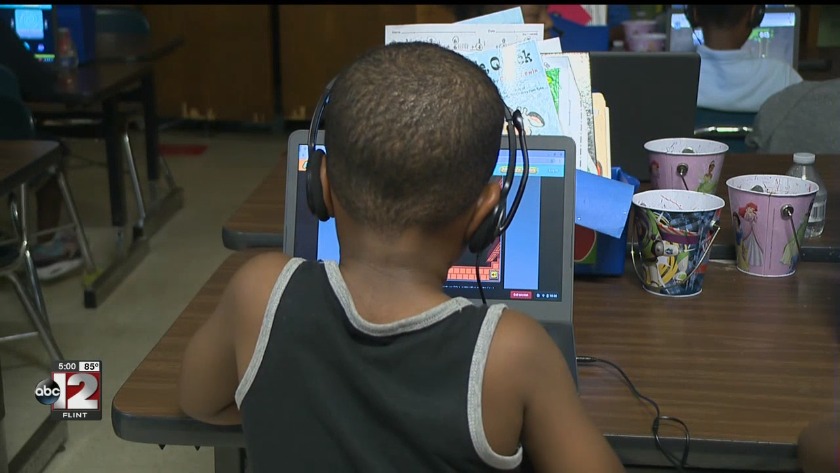 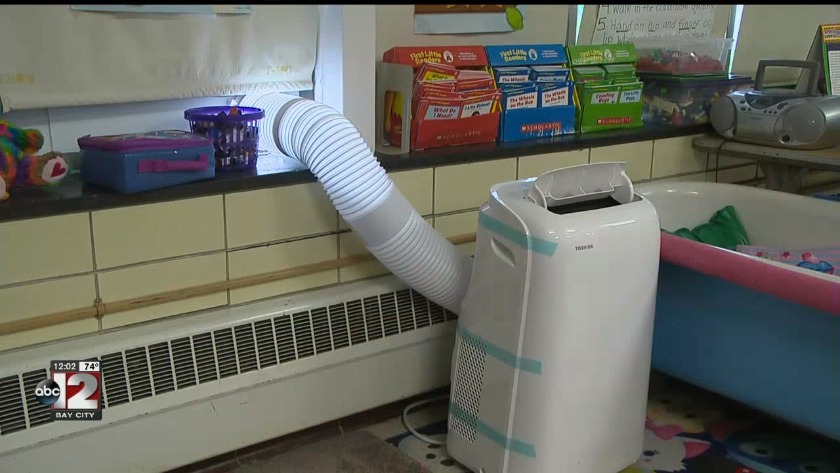 FLINT (WJRT) - (08/21/19) - Students and teachers in some Flint schools are thankful for relief in the form of donated air conditioning units.

"These kids have a lot of obstacles that they already have to face so temperatures should not be one of them so I'm very thankful," said first grade teacher Ashlee Talaski.

ABC12 stopped by Pierce Elementary School to see how they were adjusting to their new learning environment.

"The kids were complaining about headaches, and I can't just give them medicine to help them so it was very frustrating," Talaski said. "Compared to this, [it] is like night and day. It's probably about 20 to 30 degrees cooler in my classroom, I think."

Last week teacher Jason Eaton along with The Home Depot dropped off AC units to the school where temperatures had reached the low to mid-90s inside some classrooms, according to teachers who did not want to be identified. Some students were reportedly sickened from the high heat.

There were more donations this week to Brownell STEM Academy from Cathedral of Fatih Ministries to combat the high heat.

The students at Pierce wrote thank you notes to the donors.

"As a class we plan on doing whatever we can to pay it forward to the other schools that don't have units yet," Talaski said.

"This has been an incredible gift to our community," said Superintendent Dr. Derrick Lopez.

Lopez says there's no exact temperature to determine if it's too hot to hold classes. Wednesday the district decided to close Flint Junior High School because of problems with its central air system.

"The heat index is really a key portion of that, so we actually have not had a number, but we pay attention to the forecast on a day to day basis," Lopez said. "What we find out is what happens outside, if it's 85-degrees and there's no ventilation in the building, it could be 10 to 15-degrees higher in the building."

Lopez calls the AC units a temporary fix as the district completes the Self Funded Renewal Plan. So far, Neithercut Elementary is the only school to receive the central air upgrade under that plan. Lopez says it was easiest to tackle first because the school is newer and smaller.

AC units have also been donated to Potter Elementary and Brownell STEM Academy with plans to be installed soon.

The district is still accepting donations for the other schools with the exception of Doyle-Ryder Elementary and Neithercut, which already has central air installed.

Lopez doubled down on his support of going to a balanced calendar this school year and starting classes in early August.

"It's very clear that spreading the year, 180 days over a year, is actually much better as a learning model for students as opposed to having the longer summer to mitigate summer learning loss," Lopez said.

He, instead, focused on the aging infrastructure problems that the district is facing.

"The infrastructure in this district is very old, and so it's going to take time to right that infrastructure," Lopez said. "We had a short summer. We were able to get some of the things done. And so we're just thankful we're able to have this stop gap for this school year so that we can get the remaining things done for next year."

“On behalf of the Flint Community Schools Board of Education, I am grateful to the Flint community for coming together to support students through the donation of air conditioning units. Gifts like these ones demonstrate to our youngest residents that the entire Flint community is rooting for their success,” Wright said.

State lawmakers have yet to agree on a new budget, which is a challenge for school districts that are looking to plan ahead.

Saginaw parents get extra tool to help with online learning

Daycare may be an option for kids suddenly out of school

Saginaw parents get extra tool to help with online learning

Daycare may be an option for kids suddenly out of school