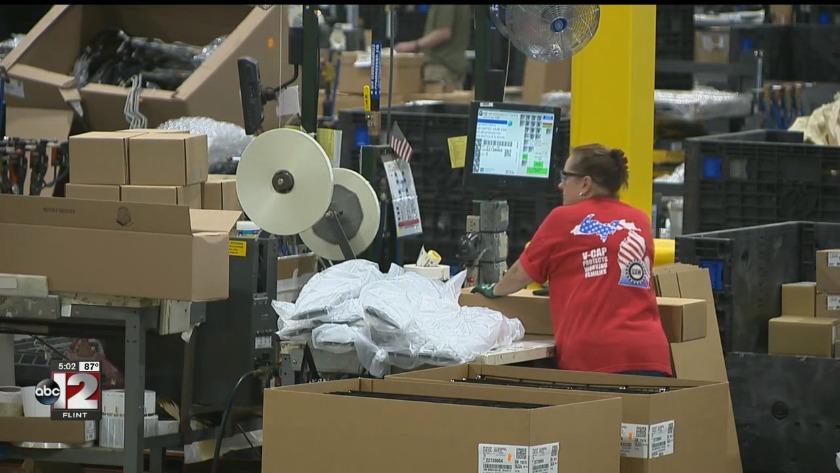 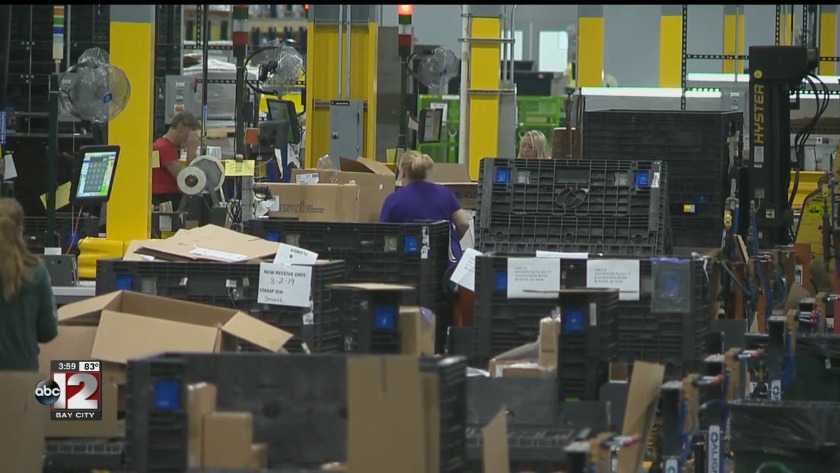 "Think about it, in this area, more than 100 years of GM history have played out and we are not slowing down," Turvey added.

"This facility combined two operations. So we had Davison Road down the street, we put that up back in 2008 that facility. And so, we also had an operation in Westchester, Ohio; and so we really needed to consolidate those to provide better efficiency and service to our customers," Turvey explained.

The workers also came from the two, for a total of 800 employees. They'll package 120 million parts per year for Buick, GMC, Chevy and Cadillac vehicles.

Turvey said customers will feel the impact when they need a quick repair due to a maintenance issue or car wreck.

"What this facility does is allows us to efficiently process parts coming in, give them out to the dealer to repair the vehicle as quickly as possible," he said.

He added, the smiles on the UAW workers says its all.

"We really are happy about what's going on here," Heller said.

"I am just so excited, I can hardly stand still," Burton's Mayor, Paula Zelenko said, boasting the $65-million investment in her City.

GM said over the past decade, the automaker has invested $23 billion, $2.3 billion of that is in Genesee County.

"We had suffered such a long, down spin because of the housing crash and it took us by surprise," Zelenko explained. "We lost 40% of our revenues, we lost 30% of our employees; because, they either retired or moved on to other jobs."

So, the Mayor explained, the council and planning commission worked together to improve the City's infrastructure.

"Make us more attractive to attracting more businesses coming in, new business coming in, helping existing businesses to revamp and hopefully, attract some residential growth too," she said.

Zelenko expects the automaker's investment will continue to boost the economy for several years.

"They're going to find places to live here, places to shop here, you know, in our entire region," she said. "So, this isn't just a boom for City of Burton, this is Genesee County and this entire region, this really helps us all."

"Whenever we have groups like GM come out and they are able to stretch out a hand and say you're doing a good job, so we're here to support, we are very grateful for that," Promice Mosely with the Neighborhood Engagement Hub said.

"It really helps the leadership and the future of our community by investing in these programs and that's what we've done," Turvey added.

Back to the Bricks Road Rally

Flint advisory council taking ‘one step after another’ to eliminate racism

Back to the Bricks Road Rally

Flint advisory council taking ‘one step after another’ to eliminate racism