Whitmer bemoans lack of progress on budget with Flint educators 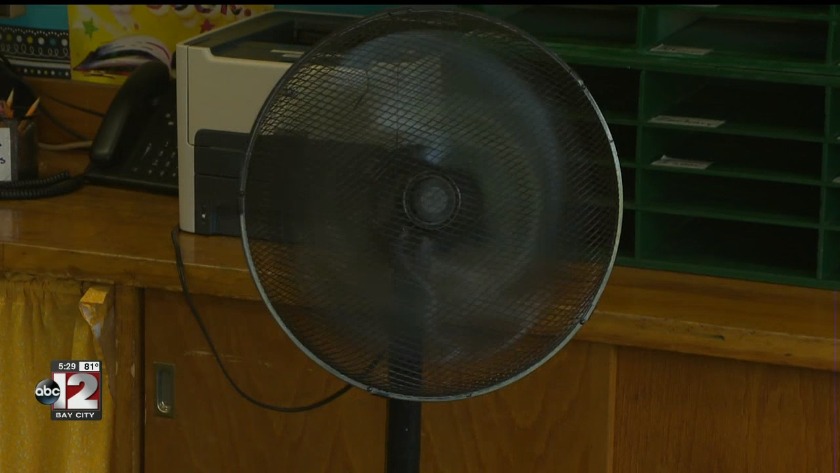 Experiencing the heat in Flint schools 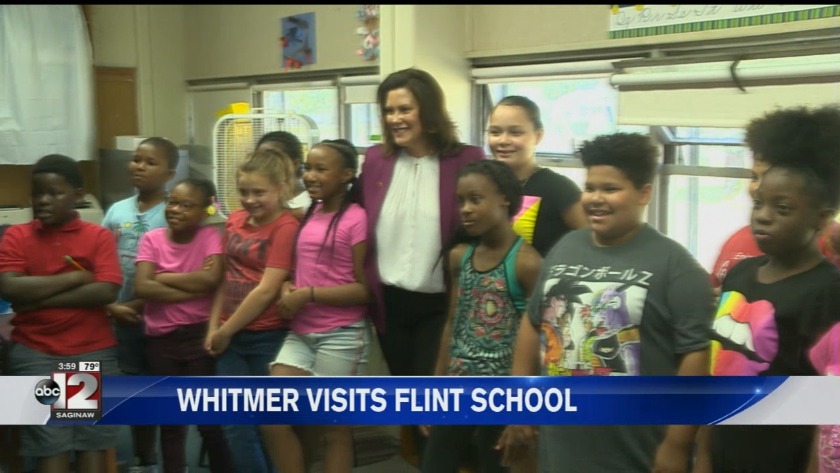 Whitmer bemoans lack of progress on budget with Flint educators

FLINT (WJRT) (8/19/2019) - Governor Gretchen Whitmer met with teachers at Potter Elementary in Flint Monday, before sitting down with a class of 5th graders. They were learning about U.S. History.

"My budget does a lot on the education front," she told reporters. "I really prioritize education and fixing our infrastructure. Those are two crises that when we address them, we all benefit."

But the Governor said, in the last 167 days, since she proposed her budget, there's been no movement from state lawmakers to pass it or put forward their own plan.

"I know there's all sorts of conversations being had, but until they put an alternative on the table, there's really, unfortunately, not any assurance that we're gonna get this thing done," she explained.

Governor Whitmer set aside $15.4 billion for education. That includes about a $180 per-student boost to the current minimum allowance and additional dollars for low-income, vocational and special education students.

"Right now, we have about 28% of our students who have individual education plans, which is double the state average," Flint Community Schools' Superintendent Derrick Lopez said.

He explained the added dollars would make the district financially and educationally stable.

"We could keep class sizes lower, it would allow us to actually pay our teachers a living wage, a competitive wage, where they've been frozen for years," Lopez said. "It would allow us to really do a lot of things around the human capital and the way that we actually educate children here in the district."

Senator Jim Ananich is working to include an extra $6.6 million for the Flint district in the budget. The plan is to use that money to purchase a heating and cooling system for every school building.

Ananich said he never gives guarantees, but he's working hard to make sure that money is there.

The classrooms in most Flint school buildings have windows open and multiple fans running to stand the heat right now.

But, as Ananich experienced Monday, it's still hot.

"I'm hot, yeah there's no question. I'm a bigger guy, but it's definitely hot in here," he said.

We've told you several times over the last few years about teachers' concerns for their students and colleagues with the extreme temperatures.

The move to a balanced calendar and sitting in the classrooms in August has proved to be a challenge.

One teacher's complaint prompted a donation page, that with the help of Home Depot, outfitted Pierce Elementary last Friday with portable A/C units.

"We're just happy and just amazed with how generous our friends of Flint Community Schools are; and we just really are excited to receive those air conditioning units for Pierce School," Superintendent Lopez said. "We actually are hopeful to receive additional units for the other schools right now. We're just really making sure that our kids are safe and well-fed and comfortable, so they're ready to learn and come to school ready to learn every day."

Home Depot has said they're willing to continue to help the district.

The Senate Majority Leader, Mike Shirkey said both the Senate and House have passed a budget, adding he regularly communicates with the Governor about the budget. He plans to have it done on time, by September 30th.

In a statement, Michigan House Speaker Lee Chatfield's Communications Director, Gideon D'Assandro said: "The governor's budget was paid for with a $2.5 billion tax hike, which is why the Legislature said no. The House and the Senate both passed their own budgets raising both road and school funding to record high levels without raising taxes months ago, and the governor said no. They have all been meeting and talking to work out the differences and find common ground, including as recently as today. The speaker was under the impression negotiations were going well, but apparently something has changed on the governor's end. Instead of playing games in the media like this, she should reach out and continue negotiations with the Legislature."