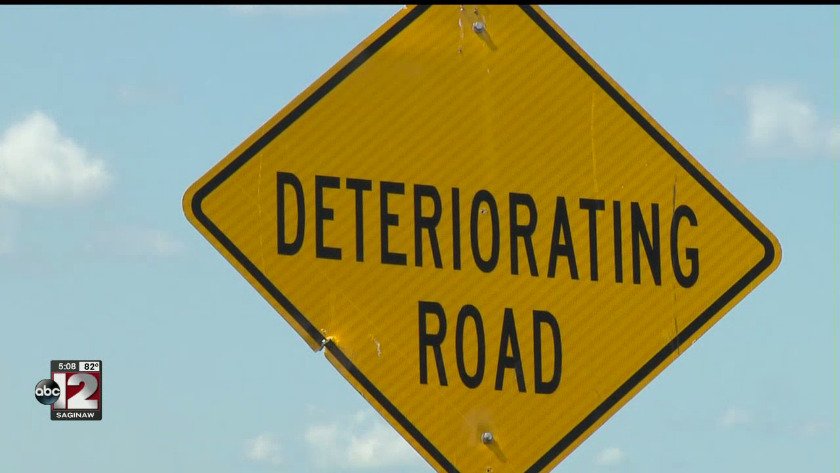 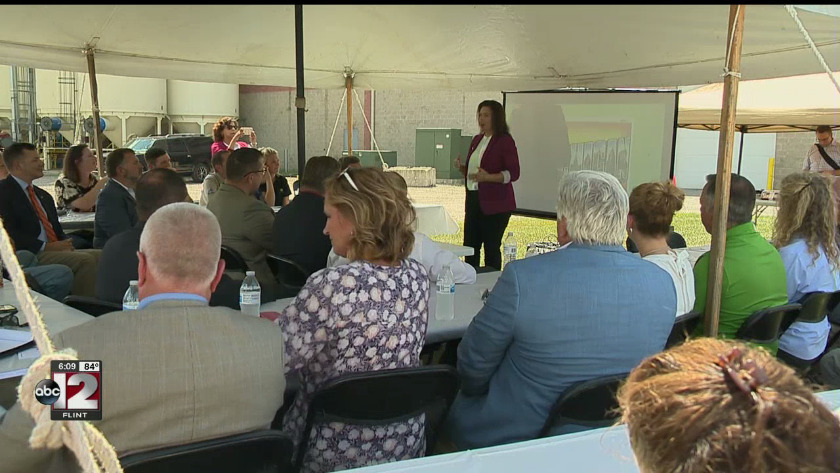 The focus of her roundtable was her budget, fixing the roads, and farming.

"It's time to do it and to do it right, and be honest about what it's going to take to get it done," Gov. Whitmer said.

Whitmer used the discussion with local agricultural leaders to drive home why she believes the legislature needs to act on the budget she presented 167 days ago.

The Democratic governor said the bad roads are hurting everyone including farmers who have to get their crops from the fields to store shelves.

She spoke about how crops like cherries and Honey Crisp apples need special care when transported. They can easily bruise.

Whitmer said some farmers are being forced to detour around bad roads and closed bridges. A thought echoed by Michigan Department of Agriculture and Rural Development Director Gary McDowell.

"That's just a good example there of the time that was lost, the money that was lost by those processors, by those semis just sitting there in Traverse City for approximately an hour just to get through it," McDowell said.

McDowell joined Whitmer for the roundtable at Everbest Organics in Munger. He was talking about the growers in the Leelanau Peninsula who have to find the least damaging route, but it often comes with other consequences.

Whitmer also shared how a five mile a day detour for a grower with five trucks could add up to more than $24,000 a year in extra costs.

This is on top of an already tough year for farmers who are dealing with too much rain and an international trade war.

Whitmer said she's explored fixes other than the 45 cent gas tax which would be phased in.

"The way that we have a user fee is so that the people using the roads are paying for the roads, and that no future legislature or governor can change it and move the money around and play a shell game like we've seen over the last 40 years," Whitmer said.

The governor asked those in attendance to reach out to their leaders in Lansing and ask them to pass the budget.

The facility started about seven years ago and has grown steadily.

"We transport crops from about 16 different states," Carlin said.

There are 10 different varieties of edible beans at Everbest Organics. Chiptole uses them, while others end up on store shelves.

But those beans have to get from the field to the plant and beyond somehow.

"This gas tax is going to spark a lot of conversations especially with the trucking industry," Carlin said.

Farmers and other agricultural leaders from across Mid-Michigan and the Thumb came to hear Gov. Whitmer talk.

"It's just one of those things that we gotta have some common sense applied across the board," Hahn said. "I don't think anybody wants to necessarily see taxes go up, but it's a reality we've got to look at."

Hahn believes the meeting will spark other conversations. "I think a lot of time it's the discussion that happens after these events that people will take up, and hopefully again, we'll end up with some common sense applied and find a way to get started," he said.

Whitmer said the budget needs to be on her desk Sept. 20 to make sure everything's ready to go on Oct. 1 when the new fiscal year is set to begin.