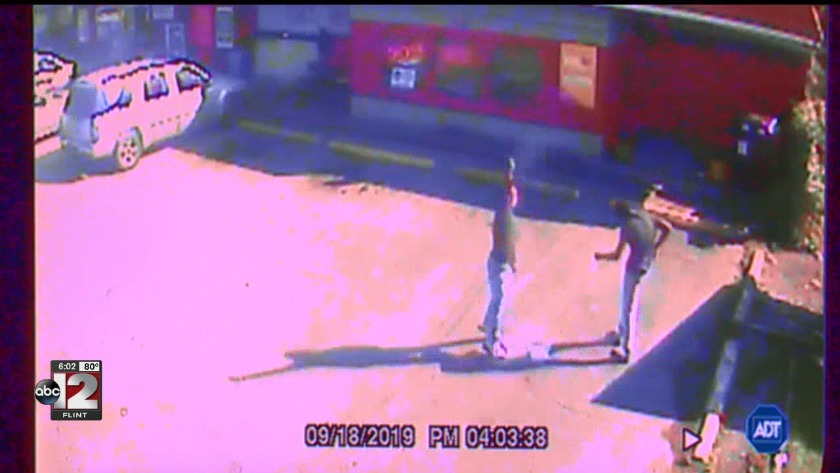 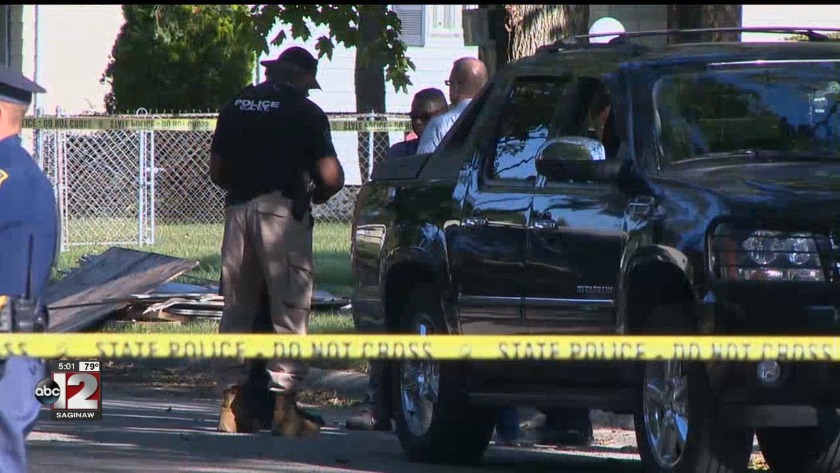 FLINT (WJRT) (9/19/2019) - Surveillance footage captured by a camera outside the Ten-Eleven Party Store just south of Flint shows the gunshot the Flint police chief saw that prompted him to take action.

Right before the shot, four men can be seen walking out of the store Wednesday afternoon and begin fighting. That's what led to one man firing a shot into the air.

"I don't think he was older than 18. He's about 16 or 17 years old," said Michael Stamps, who was leaving the store when this all unfolded.

Stamps said he saw Flint Police Chief Timothy Johnson pull up and go after the two men -- first by car, then on foot.

"The young man ran down Lynn Street, he came between one of the houses," Stamps said. "Police came, turned the corner, went up where the young man was at and he happened to be hiding in one of the backyards, he pointed a gun at him and the officer opened fire, hit him."

Johnson got to the trigger first.

"He's that kind of guy. I'm not shocked at all," one woman who lives in the neighborhood said.

Flint police investigators said Johnson was in the area Wednesday afternoon because they've received an increased number of calls from that area.

People who live in the neighborhood are glad Johnson was there to step in.

"Most definitely I'm happy," the woman said. "Maybe people will stop and think twice, you know, that there are some concerned people over here."

Johnson's security company, Hi Tech Protection, is also just across the street from the party store.

It's unclear whether Johnson was still on duty at the time of the shooting or was working as a private security officer. While there are legal distinctions for an on-duty versus an off-duty officer involved in a shooting, the community isn't concerned.

"If you're a police officer in this city, you don't have no time off. So I don't think that it matters," Stamps said.

Several neighbors would like to see the party store shut down, but others said it's the Evergreen Regency apartment complex right there that's causing the problem.

Police: 38-year-old stabbed by woman, shot by her brother

Police: 38-year-old stabbed by woman, shot by her brother