Ice and snow will affect some tree species more than others 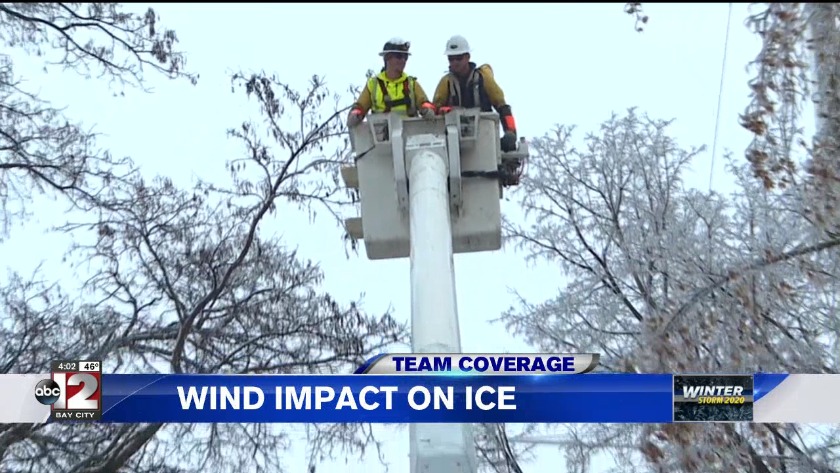 Combine the two, and that just magnifies the threat for significant damage from this weekend's ice storm.

"We could have severe damage if we have an ice load on the trees," said Randy Owen, president of Owen Tree Service. "We get the temperatures in the high 20s, the ice will build up really quick."

He said cottonwoods, Siberian elms and box elders are more brittle species and more likely to break under the load of ice. Evergreens will be especially at risk due to their shallow root structure.

Shrubs are at risk too if they're not protected from ice and wind. Wind blowing on the already stressed branches increases the changes of tree failure.

"You're changing the load of the weight of the limbs themselves," said David Evans, a certified arborist in Genesee County. "And when you add the wind in there, you could see some more branches falling."

Between a quarter to a half-inch of ice with winds gusting 45 to 50 mph, power outages could become numerous with some damage to the lines themselves. Outages can last up to a week.

Increase the amount of ice to between a half and three-quarters of an inch and the loss of power becomes widespread, with damage to the lines.

Outages can last up to two weeks due to damage to the power grid.

And if ice accumulates more than three-quarters of an inch, expect catastrophic damage with more than 500,000 customers without power.

While a thin coating of ice may look pretty on trees, as the ice keeps adding up the damage becomes more severe.

Generally when there's under a quarter inch of ice, it's more of a nuisance. Power lines can sag as the weight increases by as much as 500 pounds per span of wire between poles.

When you get more than a quarter inch of ice, that's when the problems begin. Power lines bow even more under the weight of as much as 1200 pounds of weight per span.

Roads become a sheet of ice and tree branches can snap due to weighing 30 times more than normal.

Damage really mounts up when you get more than a half-inch of ice.
Each length of power line bears the burden of more than a ton and a half of added weight.

Roads can become impassable with major damage to trees and the power grid.

This winter storm could be as bad or worse than what Mid-Michigan experienced during the week of Christmas in 2013. Up to three-quarters of an inch of ice covered the I-69 corridor, including the Flint area.