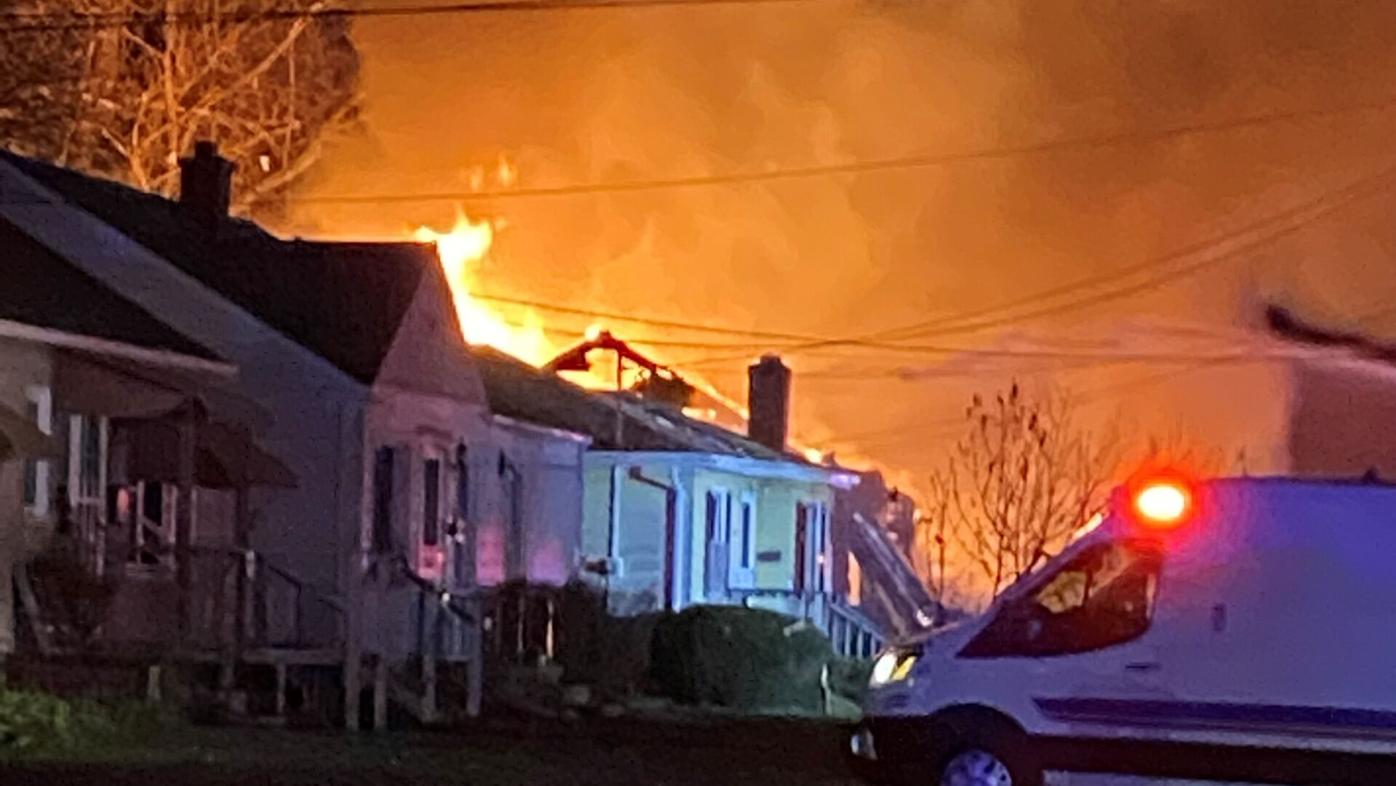 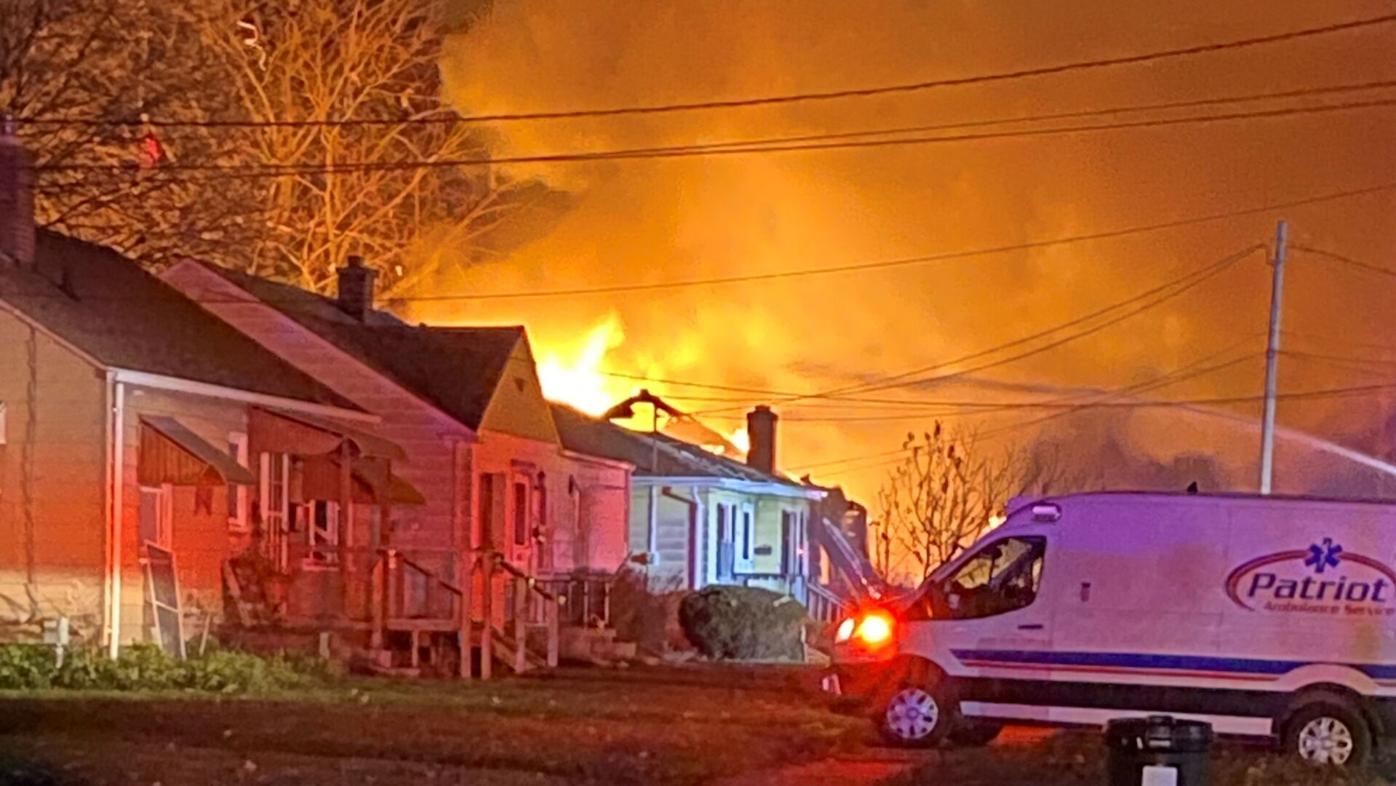 FLINT, Mich. (WJRT) - Residents woke up to a devastating scene less than 12 hours after an explosion heavily damaged at least seven homes on Hogarth Avenue in Flint.

The explosion happened around 9:30 p.m. Monday in the 3900 block of Hogarth Avenue and could be felt for miles around Genesee County.

"It's definitely sad because you could hear the boom," said Aisha Lott, who lives nearby. "It was like a really loud boom, and my house shook."

The explosion caused a fire that burned at least two homes Monday evening. Firefighters knocked down most of the flames by 11 p.m., but a heavy plume of smoke continued billowing from the scene well into the overnight.

Flint police and fire officials say the blast destroyed at least three homes. Investigators had not confirmed whether anyone was injured or what caused the explosion by Tuesday morning.

The explosion left a wide swath of debris strewn across the neighborhood, which is located north of the I-75 and Miller Road interchange on Flint's west side.

One woman said there was so much damage done to her house that she doesn't know where to begin.

"I couldn't even begin to tell you," said Beth Misenheimer, who lives two houses away from the explosion. "There's plaster knocked off the walls, all the windows are blown out, furniture was thrown all over, the door was blown off the hinges out of the frame."

Consumers Energy issued a statement Tuesday morning saying that its crews shut off utilities to three destroyed homes, along four others that received significant damage.

Consumers crews, which arrived on the scene within a half hour of the explosion, surveyed the rest of the neighborhood and could not find any other evidence of natural gas leaks or damage to its underground systems.

Investigators haven't determined a cause for the blast. Consumers crews will remain at the scene with authorities from several agencies looking into what sparked the explosion.

"Our thoughts this morning go to the residents of this neighborhood and their loved ones," Consumers wrote in its statement.

Since the explosion, a shelter has popped up at Hand of God Ministries on Miller Road in Flint. Organizers there said their phones began ringing soon after the explosion and they sprung into action.

"The moment we got the call, we knew we had to spring into action," said Bishop Le Bailey. "We immediately put a call out to some of the volunteers at the church and let them know we need to be there to help people, to get them somewhere warm tonight."

Church officials spoke with Flint City Councilman Dennis Pfeiffer told church officials that gas service would be shut off to residents on Hogarth Avenue on the coldest night so far this fall.

"It's what, 18 degrees out right now. And so people have blown out windows and no gas, which means no heat," Bailey said. "They are going to need somewhere to go. We wanted to make sure we just went immediately into action."

Church leaders say they plan to offer support all day Tuesday for everyone affected. Anyone interested in volunteering can reach out to Hand of God Ministries on its Facebook page.

"At the end of the day, it's about humanity helping humanity," said Pastor Tonya Bailey. "When one hurt, we all hurt. And our responsibility is to just be that hope of life, that open hand, that hug. Just having a warm smile in the midst of having a hard and traumatic time."

At least 7 homes damaged in explosion on Flint's west side

Search crews found the body of a 4-year-old girl in the rubble from a Flint house explosion, raising the death toll from Monday night's incident to two.

Republic Services will continue collecting trash in Flint without contract