FLINT, Mich. (WJRT) - A double homicide at a Christmas party in Flint over the weekend helped push the city over the top of its annual homicide record.

Four of the homicides reported this year were ruled justifiable, three cases were ruled negligent homicide involving motor vehicles and one was ruled an involuntary manslaughter. Fifty-nine cases was charged as murders.

The 2021 homicide total is three more than the record and a nearly 12% increase from the 60 homicides reported in 2020 with five more days to go until the end of the year. 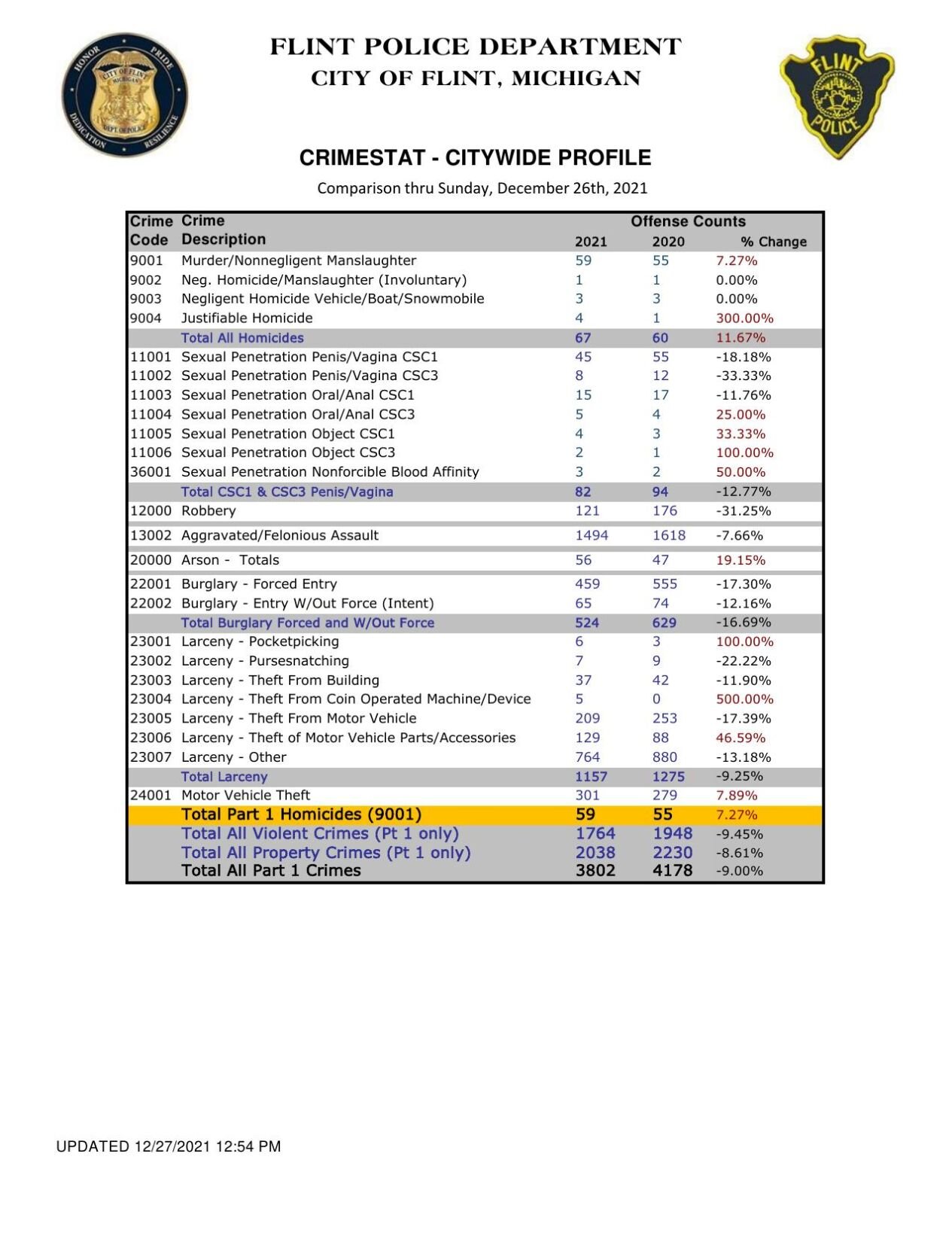 The only other major crime category to increase so far in 2021 was motor vehicle thefts, which are up 7.89% compared to last year with 301.

ABC12 News is parsing the city's crime statistics and will provide a more detailed breakdown. Watch for more coverage on ABC12 News at Six.